Orlando Pirates coach Micho Sredojovic believes his side should have accumulated more points than they have thus far this season. 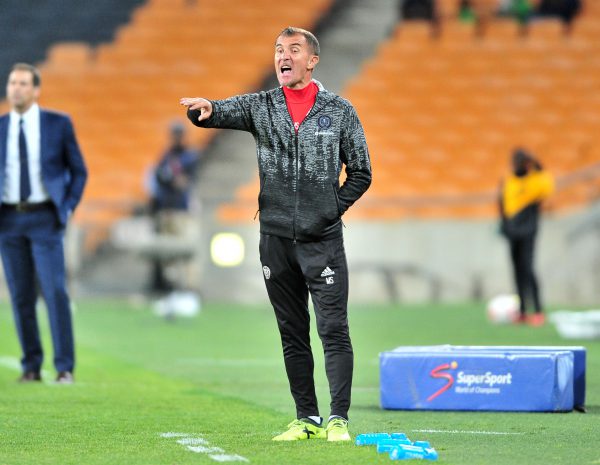 The Buccaneers coach is content with the performance from his players but wants them to be more clinical in front of goals.

Pirates were held to a 1-1 draw by Platinum Stars at the FNB Stadium on Wednesday night. This was Pirates’ fourth draw of the season.

“I am satisfied with the effort of the players, it just didn’t go our way. We created moments which led to us hitting the crossbar,” said the Bucs coach.

“I believe with the eight games we have played so far and the performance we gave, we deserve much more points than we have. I want to say that the players are doing their best stretching all human sports limits to give their best.”

Micho will be hoping his players are in the mood to score when they face rivals Kaizer Chiefs in the Soweto derby at FNB Stadium on Saturday.