It was always a situation resembling the biblical scenario of David and Goliath but for Baroka FC's Oscarine Masuluke, the ending was different. 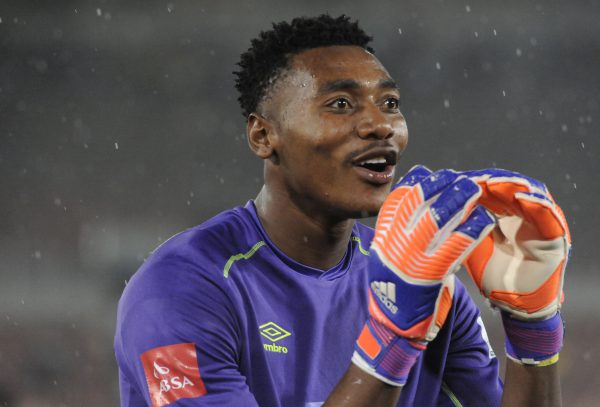 The 24-year-old Masuluke declared himself a man of few words and said the experience of being among the world’s top players during the Fifa Awards had helped him grow, both as a player and an individual.

The Bakgaga goalkeeper was nominated im the Puskas Award but he came second to Arsenal’s Olivier Giroud with just over 50 000 votes.

“It’s not like I don’t like to speak English but I am not too fluent,” said Masuluke during the welcome back media conference at OR Tambo International Airport.

He added in Shangaan: “I just want to thank everyone who supported me and especially those who voted for me and ensured that I went to London to represent all of you.”

He said being recognised on the streets was a surreal feeling.

“When I was walking on the street I met a white man who looked at me and he eventually asked if I am not Oscarine and he took photos for Instagram right on the spot,” said Masuluke.

“We are where we are and we just came from London because of you. We didn’t lose because of your unwillingeness to vote. In London they have it easy because they have free data. It might never happen again that a goalkeeper goes up and scores with a bicycle kick. This has been good for the club’s brand,” said Mamilla.

“This shows we are not in the Absa Premiership to add numbers. We are taking their brand to the world. We play against the big teams and never park a bus but take the game to them,” said Mphahlele.