Mamelodi Sundowns midfielder Hlompho Kekana says one has to be a little bit crazy to attempt to score a goal like the one he scored against Orlando Pirates on Wednesday night. 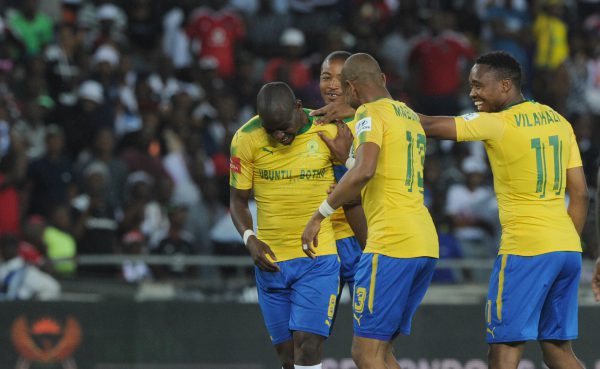 Kekana’s first half brace inspired Sundowns back to winning ways at the expense of Pirates.

Masandawana bounced back from three consecutive defeats in their 3-1 win over the Sea Robbers in Orlando Stadium.

The man of the hour, Kekana, reproduced an identical goal to his strike against Cameroon last year, which got him nominated for the 2016 Fifa Puskas Award.

“It was one of those goals that you can’t just score, you have to be crazy a little bit and try something special,” Kekana told SuperSport TV.

READ: We told Kekana to go for it – Pitso

Sundowns are now five points behind leaders Baroka FC, and have three games in hand on Kgoloko Thobejane’s side.

“If you are down, three losses in a row … that says a lot about what a human being can take. When you don’t win matches, it doesn’t matter if you play well. In the matches that we lost, we have been dominating them.

“If you check on the log we are still on track, and we have games in hand, and we are still on course. We just need to keep winning, and stand a chance to be in the top four.”

Did you see that?
Hlompho Kekana scored a sensational goal from the halfway line as Sundowns beat Pirates 3-1 in the #AbsaPrem pic.twitter.com/AXCNp5BscQ