Economic Freedom Fighters (EFF) leader Julius Malema has called on fans to come out in numbers to support Bafana Bafana when they take on Senegal on Friday. 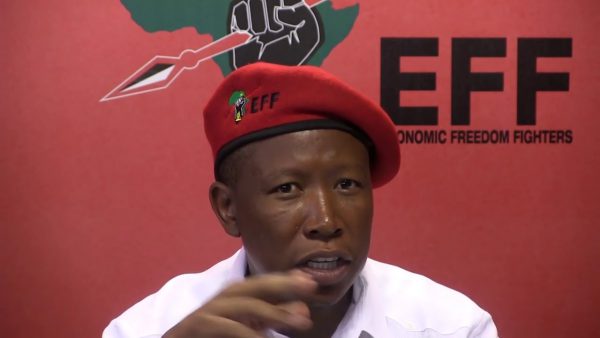 Stuart Baxter’s team will face the Teranga Lions in a 2018 Fifa World Cup qualifier at the Peter Mokaba Stadium at 7pm.

“Guys, Bafana Bafana will be playing on Friday at Peter Mokaba stadium in Polokwane. We have a responsibility 2 support our boys, (sic),” tweeted Malema.

Bafana need to beat Senegal twice in order to qualify for the World Cup.

They have to beat the Teranga Lions in Polokwane on Friday and do it again in Dakar four days later.

Khune suffered an injury on Sunday when he collided with Chippa United midfielder Kurt Lentjies towards the dying minutes of the match.

He was rushed to hospital, and Daniel Cardoso had to wear the gloves because Chiefs had already made their three substitutes for the match.