Bidvest Wits coach Gavin Hunt is concerned that the playing surface for Saturday’s Telkom Knockout final against Bloemfontein Celtic will not be up to scratch. The use of the Princess Magogo Stadium in KwaMashu for this match has been questioned, and while Hunt was mainly diplomatic about the situation, he did express his worries about the field of play.

“It is what it is. We must just concentrate on the rules and play football. Celtic normally draw a big crowd, but will they in Durban?” said Hunt.

“We can’t be worried about the venue, we have to worry about playing the game … The pitch has been dug up, teams have been training on that pitch and it is not great, we went and had a look yesterday it does not look great, it is normally a good surface.”

Hunt added that midfielders Daylon Claasen and Ben Motshwari were back again from injury and in the mix to play Celtic, while striker Gabadinho Mhango will return from a six match ban.

“We have got a few back, we have Claasen, Gabadinho, Motshwari all training, but do I play them? Those are things I have to think about. It is a one off game and do you put the guys back in, but they are integral and they give us legs and pace, which we haven’t had the whole first round.” 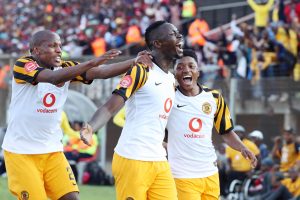