Ntshangase ready to lead Chiefs back to glory 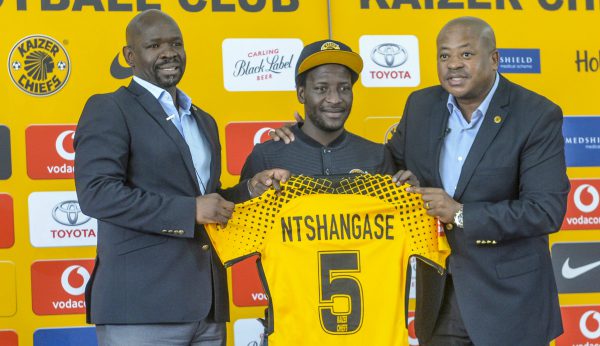 “There is this one piece missing from the puzzle. I am that piece and my aim is to bring happiness back to the Amakhosi supporters. It has been two frustrating years without a trophy for them but I am here to help change that,” said the 24-year-old signed from Baroka FC earlier this month.

Ntshangase joins Chiefs after spending just six months at Baroka where he told the management he was unhappy and wanted a move to Naturena.

“This is clearly my biggest challenge, but I am up for it. Playing for Chiefs is never easy, especially at this time when the team have not won a trophy in such a long time,” he said.

Ntshangase’s words may come across as those of an arrogant man to some, but if anything, his previous exploits at Bafana Bafana and Black Leopards suggest he can walk the talk too. And he realises he has to work his socks off too to get himself into the Amakhosi starting team.

“You face a variety of challenges in life and getting injured was one of those but I am hopeful that I will soon be at my best. I like competition because it keeps you on your toes. I just need to work hard to earn my place in the team.”

Motaung said the Dutch mentor was hired with the full involvement of Komphela and his duties will be to ensure synergy between the senior team and the development structures.

“I need to clarify that Hutting is not here to take over the coach’s job as some have that perception about his hiring. He fills the position which was left vacant by Conti Kubhela. We interviewed a few candidates and he came out as the best,” said Motaung.