Reports coming out of Zambia is that Augustine Mulenga snubbed several clubs including Egyptian giants Al Ahly and Zamalek to join Orlando Pirates. 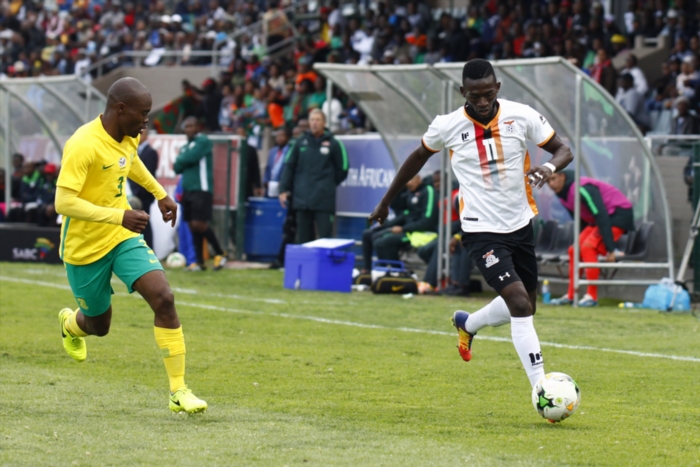 Augustine Mulenga of Zambia during the 1st Leg 3rd Round CHAN Qualifier between South Africa and Zambia at Buffalo City Stadium on August 12, 2017 in East London, South Africa. (Photo by Michael Sheehan/Gallo Images)

Bucs announced the signing of Zambian international a day before the January transfer window closes.

According to publications in Zambia, Zanaco were flooded with inquiries from teams in Europe and Africa about Mulenga.

Mulenga confirmed in an interview with Lusakatimes last week that his agent had informed him of Wydad Casablanca’s interest in him.

While Daily Mail in Zambia  linked the player with Egyptian giants Zamalek and Al Ahly.

READ: More players to move between Wits and Pirates

The latest inquiry about the player reportedly came from Andile Jali’s side KV Oostende. However Mulenga decided to join national teammate Justin Shonga at Pirates.