Orlando Pirates coach Micho Sredojevic reckons the club could have easily been in the driving seat in the Absa Premiership if it wasn't for their nine draws. 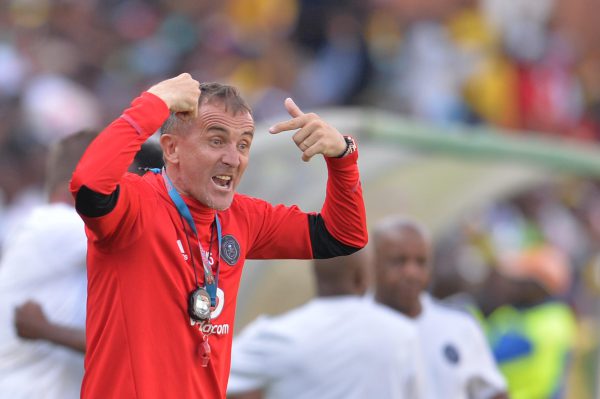 The Buccaneers are second with 33 points after 21 matches following their 2-1 victory over Maritzburg United courtesy of a spectacular freekick by Thabiso Kutumela and a well-taken header by Happy Jele at the Orlando Stadium on Saturday.

The result was a good turn-around for the Buccaneers after their 3-0 defeat against Ajax Cape Town in a midweek clash in Cape Town.

“The moment you sit in this chair you should have ambitions,” said the Bucs coach about the club’s quest for the league title.

Pirates now trail league leaders Mamelodi Sundowns by five points with nine games to go, but they will now shift their focus on to the Nedbank Cup, where they will be looking to redeem themselves against Ajax in the first round at Orlando on Saturday.