We will fight for Komphela to keep his job – Shabba

Kaizer Chiefs’ long serving midfielder Siphiwe 'Shabba' Tshabalala says Steve Komphela has been a good coach for Amakhosi and the only thing missing is just a trophy. 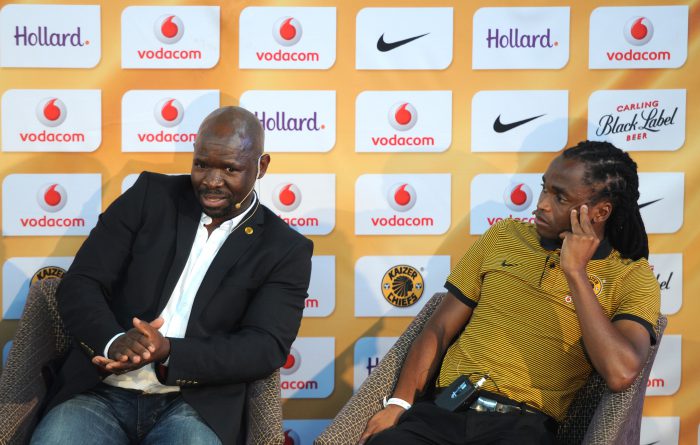 Shabba believes if the current team can win at least one cup between the Absa Premiership and the Nedbank Cup, Komphela’s job would be safe.

“It’s reality of football that when you are not doing well and things are not working out there is nothing that can be done (except for changes). But at the moment we love the coach and we are working for him and we want him to stay. We believe he is the right coach and the only way we can keep him here is by winning trophies,” said Shabba on Thursday morning.

Amakhosi have been doing well lately and advanced to the Last 16 on the Nedbank Cup through a convincing 3-0 win over Golden Arrows last weekend.

Shabba said although they feel the need to work extra hard to ensure they win a trophy, they will not let desperation overrule their situation.

“It’s not desperation… but a situation we find ourselves in. We are not thinking about the coach leaving for now, we are focusing on winning the trophies because that’s the only thing missing.

He has been good for the club and has brought in youngsters and growing the team. Now we need to fight for him on the field, said the 33-year-old.

The Glamour Boys will be back at FNB Stadium on Saturday where they will do battle for three points with fellow Premiership and Ke Yona title chasers, Cape Town City.

“It’s going to be a tough game but an exciting and open one too. City want to play and we want to play. They will not come here for a point and we also need every point now because it is the final lap,” said Tshabalala.