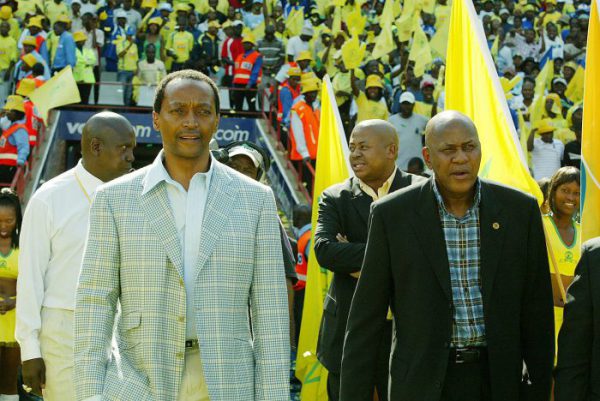 Motaung received his award from Motsepe during the half-time of the Mandela centenary celebration match between Sundowns and FC Barcelona at FNB Stadium on Wednesday.

“We would like to honour Mr Motaung for his sacrifices and all he has done for football in the country,” Motsepe is quoted as saying by the Chiefs website.

“We refer to Ntate Motaung as ‘Our father of football’ because he has done so much for the game here at home and globally,” added the Sundowns boss.

Motaung received an award in the image of lion, which is associated with the Bataung clan.

“I am truly humbled by this gesture from Mr Motsepe during this auspicious occasion where we celebrate the life of Madiba, who would’ve turned 100 years old this year,” said Motaung.