Kaizer Chiefs defender Ramahlwe Mphahlele is hopeful the club can beat Mamelodi Sundowns to the signature of Andile Jali. 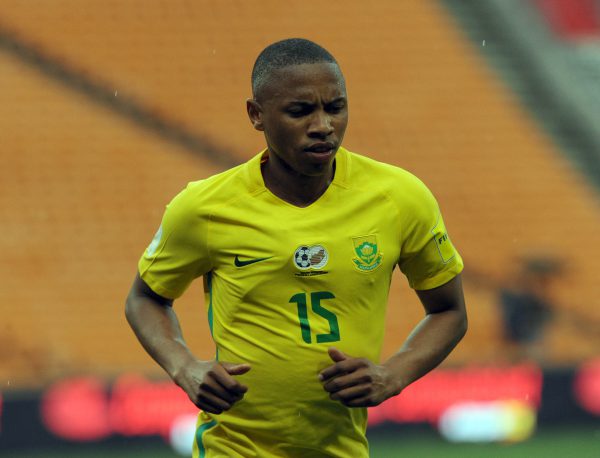 As reported earlier, Chiefs and Sundowns are vying for the Bafana Bafana midfielder’s signature, with Jali’s agent, Mike Makaab, saying both clubs have tabled similar offers for the former Oostende player.

“It’s no secret, Jali is a great player. If the management can manage to bring him to Naturena, then it would be great,” Mphahlele told the media during the launch of Shell Felix Ultra Cup earlier this week.

READ: The ball is in Jali’s court – Khoza

“Obviously, it’s for ‘Steak’ [Bobby Motaung] and them to work on the move, but he’s a great player, and he’s welcome at the club,” added Mphahlele.

“Football is about competition, and we would really, really appreciate someone like him if he were to come.

“His character is amazing; on the pitch he is something else. I know sometimes off the pitch he gets funny, but on the pitch, you can rely on him in terms of marking, playing and scoring goals.

“I’ve been with him since under-20 and, look, it would be nice if he comes to Chiefs. He’s a great player, and he will obviously come and add value to the team. Like, it’s important if you bring a player to Kaizer Chiefs, he must add value,” concluded the Chiefs defender.