Bafana Bafana coach Stuart Baxter admitted to deep disappointment after his side’s Cosafa Cup quarterfinal exit on Sunday, but says the team will keep working hard in the Plate competition. 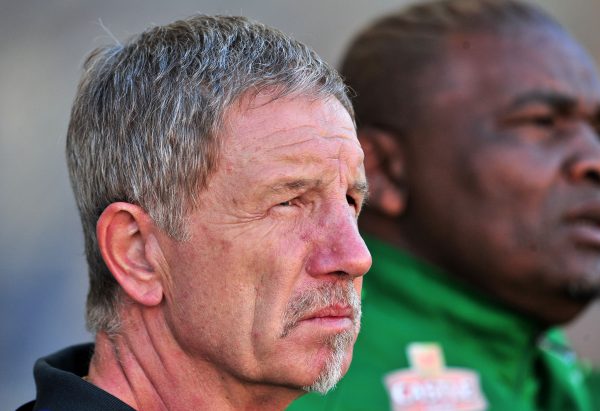 Bafana, who were beaten on penalties by Madagascar, will face Namibia in the Plate semifinals at the Old Peter Mokaba Stadium on Tuesday evening at 5pm.

Baxter felt his team were the better side in their quarterfinal loss, but admitted that once they allowed the tie to go to penalties, it was always going to be a lottery.

“I thought we were the better team in 90 minutes, but that doesn’t count for anything if you don’t score. In the second half we weren’t as dangerous as we were in the first, and the longer the game went, the more the younger players started to stress, and that is the experience they need.

“Of course, we would rather be playing in the main trophy, and the only way you can make it up is by working hard and showing the strategy that we had when we approached this tournament is still in place. The players will work and learn.

“When we played the way we discussed we would, we played well. When we played through them quickly and didn’t take too long to allow them to get set, we threatened behind their defenders. We created chances.

“When we overplayed, and played too slowly, then Madagascar could play in a block, then it makes it very difficult to pick your way through.

“Is it fair to say that a group that has been together for five or six days should do that all the time? Maybe that is unfair of me.

“What we didn’t do well was the opposite of that, we played too slowly, we didn’t compress the game at the right time, a bit slow to counterpress. But that is because they have not been together long and some of them were very nervous today.”

The other Plate semifinal sees Swaziland host Botswana at 7.30pm.

Entrance to the Old Peter Mokaba Stadium is free.