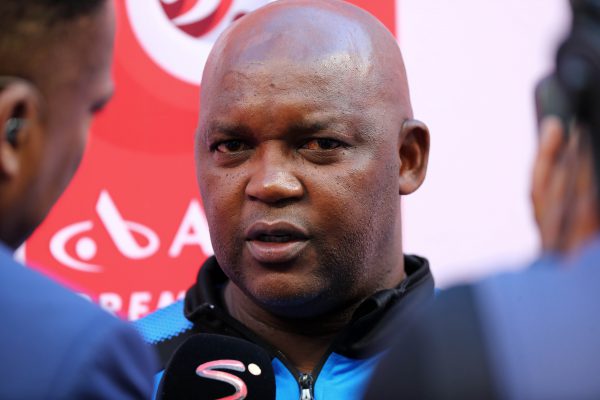 Mosimane was talking at the back of his side’s 1-0 loss at the hands of Botswana side Township Rollers this past Saturday.

Reporters in Botswana questioned the Absa Premiership winning coach about his strong character, and Mosimane said his character is overwhelmingly backed up by success.

“Everybody has his own character,” Mosimane told reporters.

“What is important is that you can help the team to win and contribute to the football. You can have a nice character and lose all the games and have a different character and win all games.

“You can choose which character you want, but it is not about the char character, you must contribute to the game. You need to worry about your team and do you really add value to football or not,” he added.

The three-time league winning coach and former African Coach-of-the-Year says he has since become accustomed to constant questions about his character.

“For me it is normal, I understand, but I focus on the game and on the contribution I have to make. When you don’t have contribution and you have a different character it becomes worse, but when you have a contribution and a character, performance must back you up. I have seen a lot of nice guys but they don’t win games,” said the former Bafana Bafana mentor.