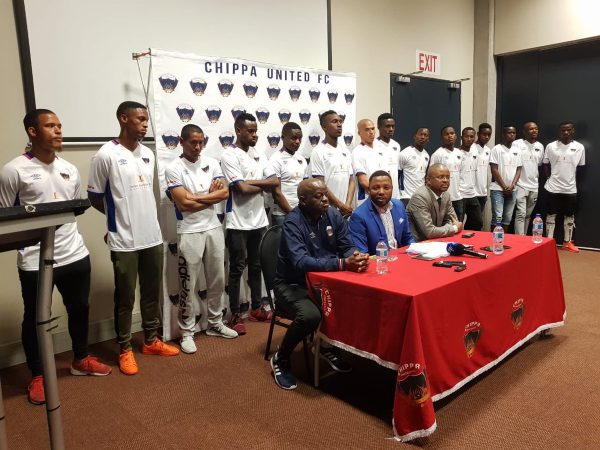 The Chilli Boys have also confirmed the signing of former Golden Arrows and Bidvest Wits midfielder Jabulani Shongwe and a host of new signings.

Klate joins Chippa on a three-year deal after leaving Wits as a free agent following the expiry of his contract.

Chippa coach Dan Malesela is delighted with his new signings, and has promised to fight for silverware next season.

“There are certain bonds that one just can’t break, and I’m excited to be back at Chippa United FC,” Malesela told reporters.

“We were very careful with our selection [of signings] this season. We didn’t only take the talent factor into consideration, we also looked at behaviour, age and a real want from the player to be at the club.

“I’m not going to make any promises about the upcoming season, but we are going to try our best. We’d like to compete on the continent and win silverware,” he added.

Meanwhile, club COO Lukanyo Mzinzi has announced that the Chilli Boys have partnered with Jomo as their technical sponsor this coming season.

We have not won anything yet, warns Chiefs star Billiat
7 hours ago
7 hours ago

We have not won anything yet, warns Chiefs star Billiat
7 hours ago
7 hours ago