Kgatlana gets her first goal in the US 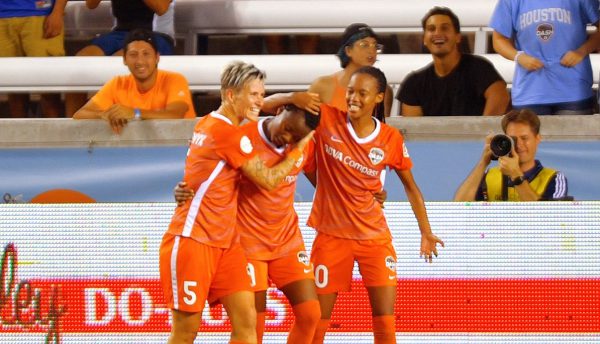 The Banyana star scored in stoppage time to extend Houston’s lead after Rachel Daly scored twice earlier on in the match.

After the match, there were plenty congratulatory messages for Kgatlana on social media Twitter, with teammate Daly and Janine van Wyk congratulating the striker for scoring her first goal in the NWSL.

“Massive win for us tonight. Thanks to all the amazing fans who stuck out that weather delay! Congrats @KgatlanaJnr11 on your 1st goal!,” Daly tweeted.

“YESSSSS 🙌 !!! What a great result and a fantastic team performance! Congrats @KgatlanaJnr11 on ur first @NWSL goal, so super proud of you 🇿🇦,” Van Wyk tweeted.