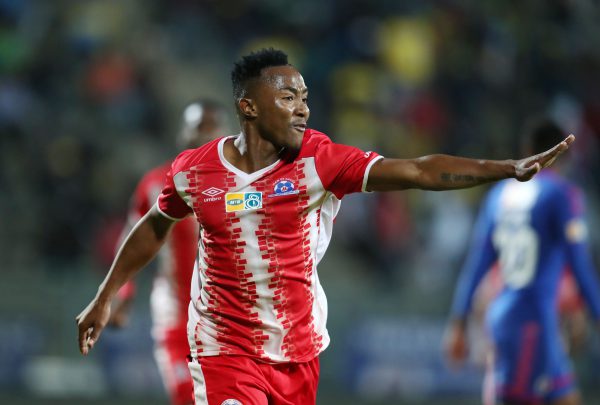 He said he has his eyes on a 23-year-old but didn’t mention his name as he is still contracted elsewhere.

“He wants to come but when we try to buy a player the price suddenly goes up,” said Mosimane.

Phakaaathi has however established the player Mosimane was talking about is likely to be Lebogang Maboe of Maritzburg United.

Maboe was in top form for the Team of Choice last season, scoring some important goals which helped the team to a fourth-place finish in the league.

“He (Mosimane) has been enthusing about Maboe. He admires that boy very much,” a source said.

READ: Mnguni gives Lakay advise on how to succeed at Sundowns