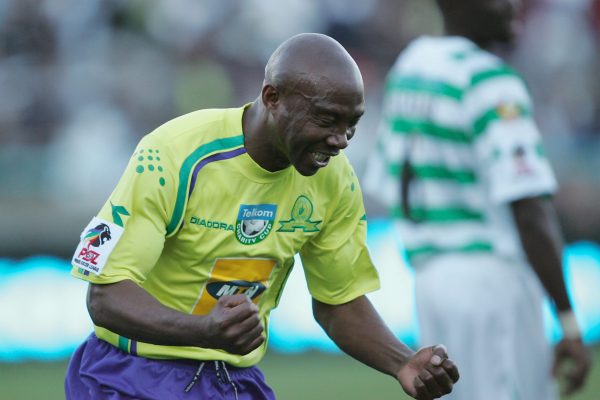 Mnguni accepted the offer from Russian Premier League club FC Lokomotiv Moscow back in 2002, with the hopes of playing the Uefa Champions League.

The Bafana star played in Russia for four years before moving to Tianjin TEDA FC in China, where he played for a season before returning to South Africa.

“The decision to move overseas was partly about money, but money was not the only thing that motivated me at the time. I wanted to up my game and take it to another level, which was to play in the Champions League.

“I had plans for my future and they involved development and representing players, so I wanted to know how they ran academies overseas, how they manage players, the selling of players from one team to another. If I had a player, which channels did I have to follow to make it happen?

“That’s what I also learned there on top of growing as a player. They do a lot of things differently, which is why their national teams and clubs are successful,” explained Mnguni.

He runs the Bennett Mnguni Soccer Academy which is based at the Zonderwater Correctional Services and hopes to show the young players the benefits of choosing the right path at an early age and not ending up in correctional centres.

The 44-year-old called for local clubs to invest more time and money in developing players. He also stressed the importance of having senior players in a team as he learned from watching and talking to the likes of Roger Feutmba, Alex Bapela, Charles Motlohi and Gift Kampamba.

“You can’t teach an adult the basics of football, but you can teach them to a young player, a nine or six-year-old can learn. When I went overseas I saw that they do a lot for the players, they keep them in one camp, they go to school, and come back to train, they balance football and school. We need to rectify that here, we need to have academies where the kids can stay, play football and attend to their books, to teach each player the basics of the position they play in.”

Mnguni is a loyal servant of the game who sees football as the centre of his life, attending three training sessions a week with his academy preparing for the games on Saturday before playing a match on Sunday afternoon with other retired players.

He says he was fortunate to be a professional at a time when they earned enough money to live above the breadline.

“I don’t have any other thing I do that is not football-related. I train with my academy from Monday to Wednesday. I take time off Friday, which is for my family. Then on Saturday the academy plays and on Sunday my kids watch me play.”