Motshwari vows to prove his worth at Pirates

The previous Absa Premiership season will not go down as one of the good memories for new Orlando Pirates midfielder Ben Motshwari's football career. 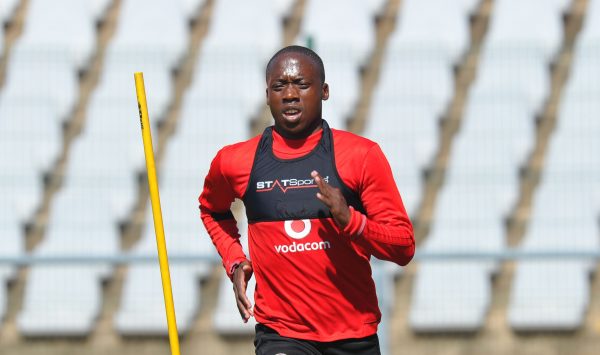 He spent much of his time on the sidelines at his previous employers Bidvest Wits.

Before then, Motshwari had built himself a reputation and was one of the instrumental players in the Clever Boys squad who helped the team secure one of the most prestigious trophies in South African football when the team won the league title for the first time in the club’s history after 96 years in the 2016/2017 season.

The midfielder managed to only make 11 starts for the Clever Boys last season. Despite his lack of game time though, he says he pushed himself to work even harder and that is the reason he was able to secure a contract with the Buccaneers ahead of the new campaign, a move he says it could have happened two seasons ago.

“I always gave my best at training and whenever I was given a chance,” Motswari says about his time at Milpark.

“For any player who would help the team win the league would expect to be in the coach’s plans the following season, but all of a sudden you don’t play which was surprising. But I just had to continue working hard.

“It wasn’t really hurting, but it encouraged me to work even harder. There was competition at the club and it is the same thing here at Pirates.”

The 27-year old has left all of that behind now and is looking forward to creating good memories with the Soweto giants. He admits that it is going to be difficult to break into the first eleven, but promises to deliver when called for duty and will ensure that he fights for his position.

Meanwhile, the club suffered a huge blow following the injury of goalkeeper Brilliant Khuzwayo, who is set to be out for three to four weeks due to an injury ahead of their first league game this season against Highlands Park at Orlando Stadium on Saturday.