Orlando Pirates youngster Augustine Mahlonoko made history by becoming the youngest player to feature for the Buccaneers last weekend. 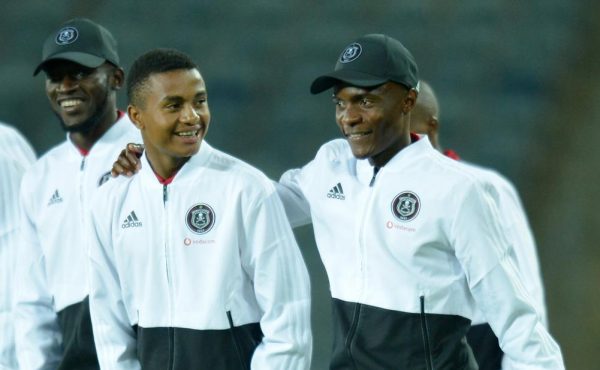 The 16-year-old came on as a substitute during the club’s 1-1 draw with Highlands Park at the Orlando Stadium last Saturday.

The Vaal-born midfielder broke the record that was previously held by striker Lyle Foster, who made his debut last season against Maritzburg United aged 17 years and 12 days, while Mahlonoko was aged 16 years and 352 days when he came on against the Lions of the North.

Mahlonoko’s father Paul Mabote was proud of his son, but said he was nervous for him.

“I don’t know who was more afraid between me and him. I was certainly shaking with anticipation. The game was tight, and he was thrown in so naturally. As a parent, I was wondering what would happen,” Mabote told the Pirates website.

“He did very well though, had a couple of good chances, and even looked like he would have his first shot on target after he carried the ball through the middle. At home, we know he has a good shot, but also knowing him, he probably wanted to respect his big brothers by sharing the ball and not looking for glory.”

Top four of the youngest players to have made a professional debut for Pirates: