Maritzburg United are have announced the signing of Keletso Makgalwa on a season-long loan deal from Mamelodi Sundowns. 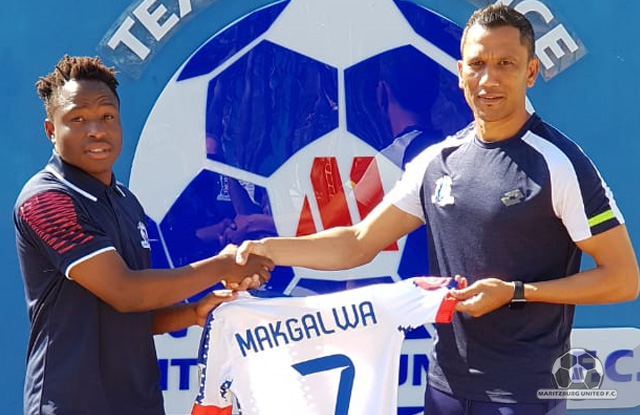 The 21-year-old attacking midfielder joins the Team of Choice as part of the deal which saw Lebohang Maboe sign for the Brazilians.

Coach Fadlu Davids believes Makgalwa will fit in well with the club’s style of play.

“He is definitely the kind of player that will fit in here. He is what we require after losing a player like Lebo,” Davids told the club’s website.

“He impressed after a few training sessions. Managed to work well with our players, so it is an addition that will add value to the squad,” he added.

Makgalwa could make his debut for the team against Cape Town City in an MTN8 quarter-final at the Harry Gwala Stadium on Sunday.

“It is now about getting him fully fit. Hopefully he will be ready to play by the weekend in the cup. I would say that he is 50/50,” Davids commented.