Having spent four years playing in the US, Banyana Banyana striker Jermaine Seoposenwe believes it was the right decision to return home, with plenty of offers lined up for her. 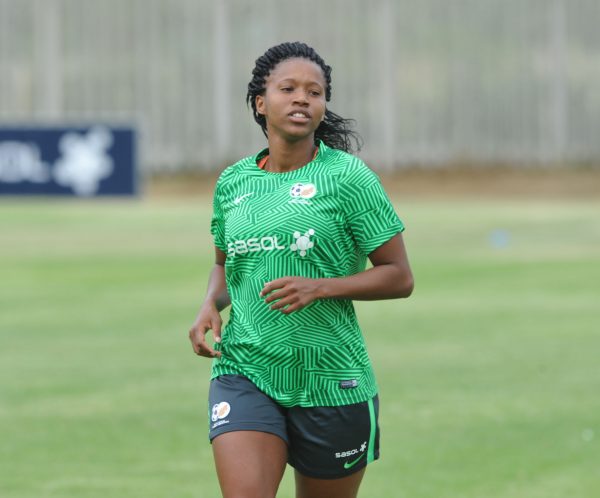 The striker enjoyed incredible success with the Alabama University side winning the league four years in a row.

Returning home to play for JVW in the Sasol league and securing an internship with marketing company Levergy which works hand-in-hand with Sasol, the footballer believes coming home was the right call.

“I had some incredible moments in the US, I enjoyed my football very much and won so many individual accolades as well as with the team. Winning the league four times was great for us and I have to say I am really proud of what I have achieved with that side,” she said.

“Coming back home was a choice I made, having been granted the opportunity to do an internship with Levergy. I was offered contracts in many countries, but I believe my decision was the best one and it will work out for me in the long run.”

Seoposenwe left the country in 2014 to pursue her football career in the US as well as to study. Now that she will be playing in the Sasol League for JVW, she says she can’t wait to get on the pitch having not played competitive football for a month.

“I decided to join JVW because they are based in Johannesburg and I work here. I haven’t started training with them yet, but soon enough I will get back to the training field and play in the league. The league has grown so much in the last couple of years and I can’t wait to play.”

The 23-year-old is with Banyana for a selection camp ahead of the Cosafa Women’s Cup to be played in SA next month. She says she is excited about the competition because it will be the first time she has played in it.

“It’s a big deal to get an opportunity to play in the Cosafa Cup. I am looking forward to it and help the team defend the trophy.”