Solinas has to win MTN8 to appease Chiefs fans – McCarthy

Like ancestors, Kaizer Chiefs fans need to be appeased from time to time and this is something coach Giovanni Solinas must learn quickly if he is to enjoy a peaceful stay at Naturena. 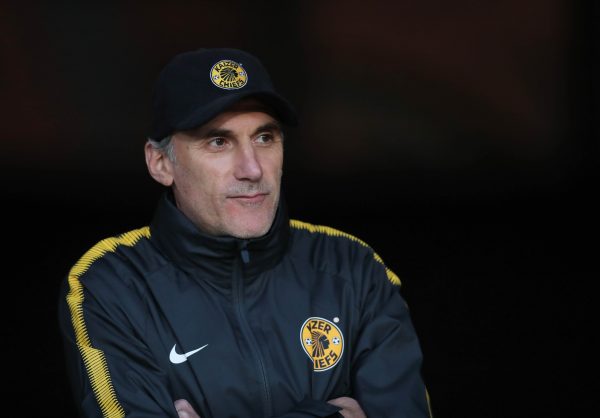 Solinas has a chance to smooth relations with his side’s supporters and appease them by satisfying their hunger for silverware.

All he has to do is win the MTN8. But that will not be as easy as it may sound as he has to get past a tough SuperSport United whom they meet in a semifinal, first-leg clash at Lucas Moripe Stadium on Sunday afternoon.

Former Amakhosi defender Fabian McCarthy believes Solinas has a big chance to get the monkey off his back by winning Wafa Wafa.

“It’s simple,” said McCarthy. “It will be very good for him to win the MTN8 but it has to come without him putting himself under more pressure. It will be good for him, good for the team and a good springboard for the entire season.

“If you play well and win the MTN8, it is a motivation for the rest of the season and it will help him win the fans over,” said the 41-year-old. McCarthy feels the odds are favourable for the Naturena-based side especially with Orlando Pirates now out and Mamelodi Sundowns’ focus split between this cup and their Caf Champions League run.

“I feel confident that this game is for Chiefs to lose. The good thing about cups is that it is not about how you did in the last game but what you bring on the day. If they play the same way they did when they knocked out Free State Stars, they can do it,” he said.

McCarthy remains positive that Solinas will prove a good acquisition for Amakhosi. “There are a lot of positives from what he is trying to implement. I am waiting for the time when he gets the players to operate the way he wants them to. They are improving with every game.”

READ: Solinas would like to have Gordinho back at Chiefs

One of Solinas’ biggest challenges will be how he manages the senior players in the side with some of them considered to have reached their sell-by-date by the fans who have at times – perhaps unfairly – booed some of them.

“It will depend on how he manages the senior players. I can’t say he must not show them the door or keep them. But whenever they come on you can see they try to give everything. He must find a way to work with them. He still needs them to guide and lead the youngsters,” said McCarthy.

Limited number of fans to attend MTN8 Final, no tickets on sale
8 hours ago
8 hours ago

Limited number of fans to attend MTN8 Final, no tickets on sale
8 hours ago
8 hours ago