Former Chippa United mentor Daniel “Dance” Malesela has been confirmed as the new coach of new National First Division (NFD) side TS Galaxy as previously reported by Phakaaathi a few weeks ago. 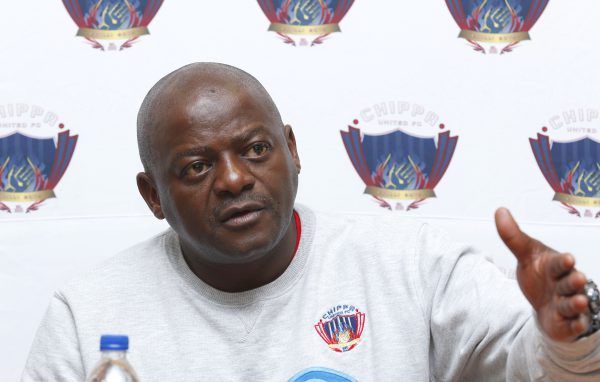 Malesela was fired at the Chilli Boys after just three games in charge and he has replaced Vusi Mkhatshwa who also got a boot after three matches in charge at the KwaNdebele based side.

“As a club we represent communities and supporters who are very passionate about the game and they want nothing short of success. This was clearly illustrated to us by the full capacity crowds at Kameelrivier Stadium in our first two home matches.

“Our home matches were the most attended in the league and we have no choice but to maintain that. When our people come out in such numbers to show their love ans support for our club the message becomes very clear and we need not be told anything much further than that.

“The appointment of coach Dan is nothing but one was of us delivering our people’s dream of many years,” read the club’s statement on Monday morning.

Under Mkhatshwa, the Rockets had drawn two and lost one.

Malesela is not new to the NFD as he previously coached the same club when they were still Cape Town All Stars before they sold their status to former football agent Tim Sukazi who renamed them TS Galaxy.

Meanwhile, few goals were scored again in the National First Division this past weekend, with two matches ending in goalless draws.

Real Kings 0 University of Pretoria 1
AmaTuks got their first win of the season when Phelelani Shozi’s goal away at the Magic Boys proved enough to collect the three points. The Magic Boys have not had a start they would have wanted as they have lost all three of their opening games.

Tshakhuma Tsha Madzivhandila 1 TS Galaxy 0
This defeat was the final straw for the Rockets management who have since fired coach Vusi Mkhatshwa and as previously reported by Phakaaathi he was replaced by Dan “Dance” Malesela. Mkhatshwa had not done badly as he had drawn two and lost one. New striker Edward Manqele was the hero for Sello Chokoe’s side with the winning goal.

Mbombela United 2 Witbank Spurs 1
Siyavutha thought they had started a fire that would burn Tingwenyama in this Mpumalanga derby when Moses Raphelepele opened the scoring. But Milton Dlamini’s Tingwenyama put out that fire when Siyabonga Dubula found the equaliser and Phetholo Sekome handed the home side the full points when he scored the winner later on.

Maccabi 0 Cape Umoya United 0
Umoya are fast becoming the draw specialists in the NFD as they have drawn all three of their matches so far. Roger De Sa’s side are nicknamed the Spirited Ones but their results have not been inspiring. Maccabi have had a good start and drawn two and won one.

Ajax Cape Town 1 Stellenbosch 0
Stellies suffered their second defeat as Thabo Mosadi netted the winner for the Urban Warriors who have become early season favourites for the title with their impressive run. They have won two and drawn one and are third on the standings on goal difference as they have accumulated the same number of points as Mbombela United and Richards Bay above them and Tshakhuma behind them.

Jomo Cosmos 0 TS Sporting 0
Ezenkosi tried but could not get their first win of the season and TS Sporting will be happy with the points they eked out away from home.

Richards Bay 1 Royal Eagles 1
Roger Sikhakhane’s return to his old hunting ground may have been just what he needed to turn things around at Eagles as he managed to earn his first point of the season in the 1-1 draw. Brando Truter will feel they let themselves down as they could have jumped to the top of the standings with a win. The Rich Boys had to come from behind to get a draw after Muzi Thabotha had opened the scoring Eagles. Lindokuhle Shange got the equaliser for the home side.

Uthongathi 3 Ubuntu Cape Town 1
Siyabonga Vilane ran rampant and put the Cane Cutters 3-0 up at half time and there was no way that Ubuntu could come back from that. Siyambonga Madikane scored the consolation goal for the visitors.