Banyana Banyana have clinched a semifinal meeting with Uganda in the Cosafa Women's Championships after routing Malawi 6-0 at the Wolfson Stadium on Monday. 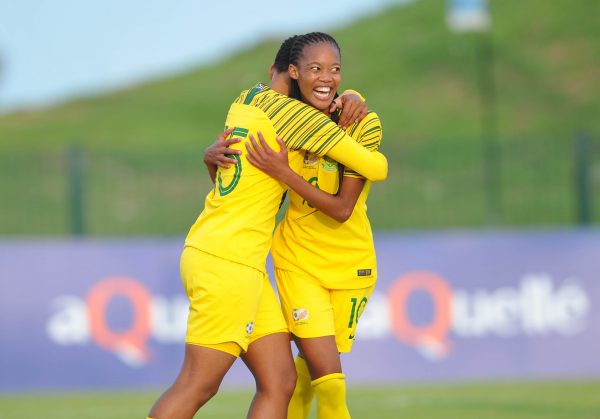 This was the team’s third victory in the competition as they end the group stage on top of Group A with nine points.

Some sloppy defending from the Malawians allowed Banyana to capitalise on the opportunity, with hat-trick hero Linda Motlhalo starting her onslaught as early as the eighth minute with a calmly taken shot after being set-up by Thembi Kgatlana.

Khanya Xesi made it 2-0 for Desiree Ellis’ charges as the home side once again punished Malawi for their poor marking in the 30th minute.

Kgatlana could have extended the lead, but she placed her shot wide in the 41st minute.

As the game approached half-time, Malawi had another opportunity to test Barker, but the Banyana goalkeeper was quick enough to deal with the danger.

Banyana began the second half in the hunt for more goals and it didn’t take them long as Kgaelebane Mohlakoana made the score 3-0 just two minutes into the final half.

With Malawi struggling to make any breakthroughs, Xesi grabbed her second with a close-range finish to make it 4-0 in the 53rd minute.

A couple of minutes later, Malawi’s Linda Kasenda almost pulled one back for her side, but her goal-bound shot unfortunately hit the bar.

Banyana kept pushing for more goals and having missed plenty of chances, Motlhalo got her second and third goal of the match in the space of two minutes to seal the victory.