Micho Sredojevic's team is on an unbeaten run to eight games in all competitions going into the AmaZulu clash. 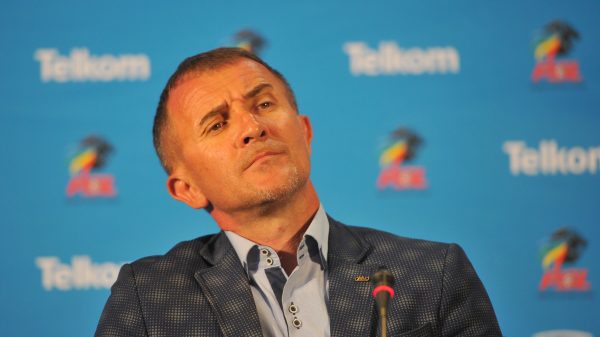 With the Soweto derby victory over Kaizer Chiefs behind them, Orlando Pirates coach Micho Sredojevic now takes aim at AmaZulu FC in the quarterfinals of the Telkom Knockout set to be staged at Moses Mabhida Stadium this evening.

The 2-1 win over Amakhosi saw Pirates extend their unbeaten run to eight games in all competitions and it should be a huge morale-booster ahead of their clash with Usuthu.

Sredojevic, though, doesn’t want to get carried away but wants to continue keeping a smile on the faces of the club’s supporters who are hoping to see them end their three-year trophy drought.

“We focus on each match as it comes. The derby is history now, all focus, concentration, dedication and commitment are on the match at Moses Mabhida Stadium against AmaZulu and this is what we are looking forward to,” said the Bucs coach.

Meanwhile, coming up against AmaZulu, especially at home, won’t be an easy task for the Buccaneers with the home side proving to be a tough nut to crack. They are yet to lose a game in Durban so far this season.

The KwaZulu-Natal outfit’s coach Cavin Johnson has seen his charges step up their game when playing against big teams, having managed to hold Mamelodi Sundowns to a 3-3 draw in September as well as earning a 1-1 draw against Pirates last month.

However, going all out when playing against big clubs and dropping their performance when coming up against other teams is disappointing for Johnson, and he says his charges need to understand that they are also a big club.

“They always rise when they play against big teams, it happens all over the world. But one thing I want my team to know is that they are also a big team, they should know they are 85 years old and that gives them a right to be called a big team and that’s the message I want to get across,” said Johnson.

“Those are the things that need to be consistent for me, and the only way you can get it right is by criticising them in a good way because they know they can play football.”