Is Matlaba on his way out of Pirates?

Orlando Pirates defender Thabo Matlaba faces uncertain future after he was left out of the club’s Caf Champions League squad. 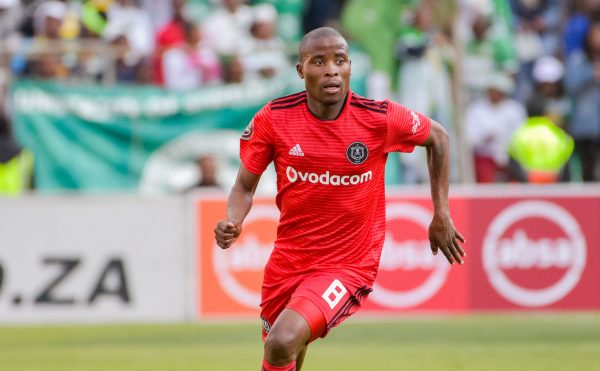 Matlaba was reported to have agreed to join Chippa United at the start of the season on a loan deal, but he decided to stay with Pirates.

The Limpopo-born defender, however, has struggled for game time at Bucs this season. And Pirates’ decision to leave him out of their Caf squad has further casted doubt about the defender’s stay at the club.

Matlaba’s agent Abbie Rasimphi said the club’s decision (not to include Matlaba in the Caf squad) needs to be respected.

“This is a club matter and when they do something, they have their own reasons – so that has to be respected,” Rasimphi told the Sunday World.

The 30-year-old is set to meet with the club’s management to discuss his contract, which is in its final seven months.