Kaizer Chiefs coach Giovanni Solinas refuses to give up on his side winning a trophy this season. 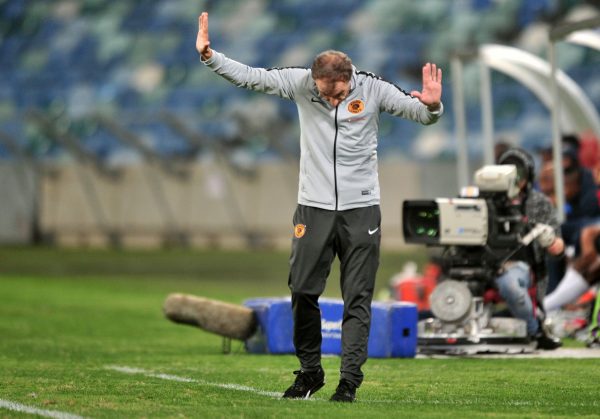 Amakhosi were knocked out of the Telkom Knockout by Orlando Pirates this past weekend.

Solinas says there are still other trophies to play for and will try to win them.

“We started the season with several objectives, the first was MTN8 and we didn’t get it. The second was this cup and, unfortunately, we are out of it.

“We are now left with the league, the Caf Confederations Cup and the Nedbank Cup. We will continue fighting. We need to win one of the three remaining cups,” he said.

Chiefs will mark their return to the continental competition when they host Zanzibar’s Zimamoto at Port Elizabeth’s Nelson Mandela Bay Stadium on Wednesday.