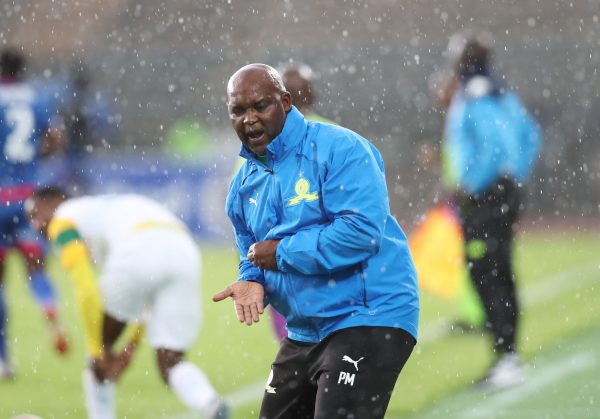 Mosimane was not impressed by Chipezeze’s tactics to run the clock during Tuesday night’s goalless draw at Lucas Moripe Stadium.

Chipezeze won the Man of the Match award for his heroics during the game, but Mosimane was not impressed with this decision.

“I think we should congratulate Chipezeze for being named Man of the Match for wasting time,” Mosimane told SuperSport TV after the game.

“(Referee) Phillip Tinyani is experienced, how can you allow Chipezeze to do that after he did the same things against Pirates?

“Chipezeze did the same thing against Pirates, and you guys give him Man of the Match. He’s a good goalkeeper and probably deserves the award for playing, but when he wastes time like that and you still give him the Man of the Match award,” added the Sundowns coach.