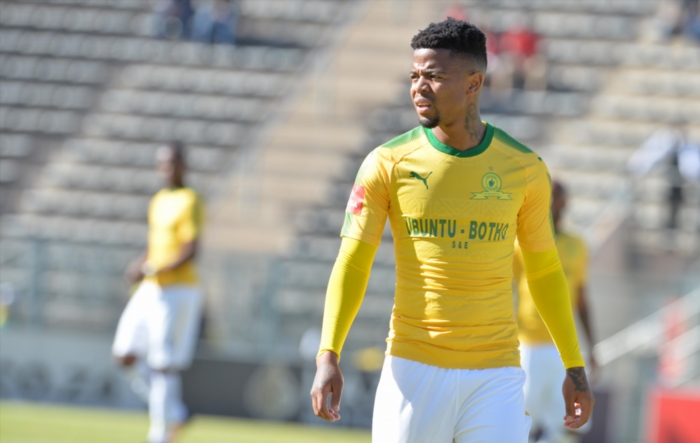 Lebese has struggled to break into Mosimane’s squad since joining Sundowns from Kaizer Chiefs.

The 29-year-old is set to leave Sundowns in January after struggling to get game time at Sundowns.

Lebese had to lose weight after arriving at Sundowns and is now linked with Orlando Pirates, Cape Town City and Bidvest Wits.

Mosimane says he understands why Lebese wants to leave, and he respects the midfielder’s decision. The after African coach of the year says it is not easy for any player to cement his place in the Sundowns starting XI.

“He has been struggling to get into the team, it’s a fact guys. What I like [about] George, he tried. He is the guy who is not casual. He tried, he lost 6kg,” said Mosimane after their caf champions league game. “It’s difficult to get to the team. Look at Anthony [Laffor], he is not playing but when he comes in, he gets switched on anytime. So when you come in, you have to switch it on so that we don’t forget you.