Mamelodi Sundowns coach Pitso Mosimane says he did not intend to disrespect Kaizer Chiefs when he ran to the corner flag to celebrate Lebohang Maboe's winning goal. 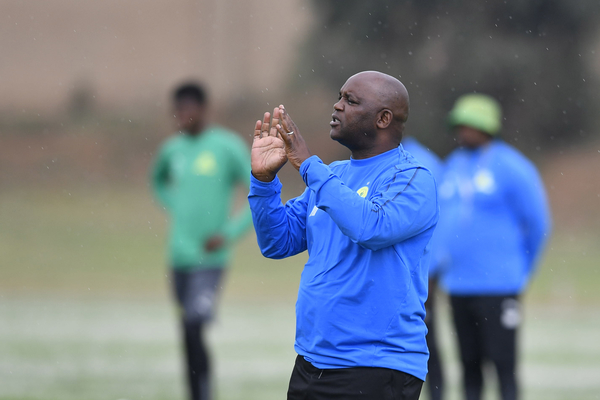 Mosimane ran in excitement to celebrate with his players after Maboe profited from Virgil Vries’ mistake in the last 10 minutes of the league game to give Sundowns the advantage over Chiefs.

“Chiefs always beat us, and we always beat them, so it’s not about Kaizer Chiefs. It’s about the moment, it’s a big game and you want the three points,” said Mosimane after the game.

“It was a difficult game for us, emotions (were high), maybe I copied it from Steve (Komphela), so I was running everywhere, everybody’s running so why can’t I run once?”

The former African coach of the year does not understand why people are surprised by him running in celebration.

“I’ve seen Dan Malesela running, everybody’s been running, so can I also run once? Let the emotions go, why not? It’s not to disrespect the opponents,” concluded Mosimane.