Banyana Banyana pair Desiree Ellis and Thembi Kgatlana gave thanks to everyone who has been supporting them after winning Caf awards in Dakar, Senegal on Tuesday. 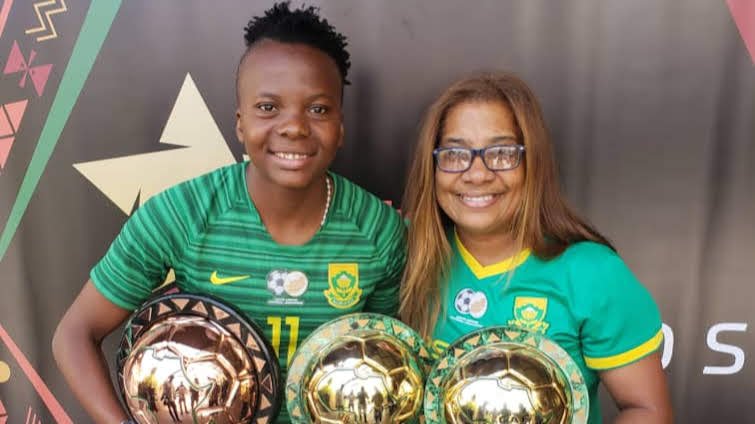 “It is a great moment for me but I have to give credit to my assistants – we strategise and come up with a plan, and it’s up to the players to execute the plan, so it is a collective effort by the entire team. I am also grateful to SAFA for having faith in us as female coaches in the national teams, but also giving the necessary support by making sure that we get top quality opposition,” Ellis told Safa.net.

Meanwhile, Kgatlana says it’s an honour to have got the awards and thanked everyone who voted for her.

“Being nominated amongst men in the Goal of the Year category and still come out triumphant, thanks to the votes of many people in South Africa and around the world, is also a great honour. I would like to say thank you everyone who cast their votes – if it wasn’t for them I would not have achieved this milestone. So this trophy belongs to all who voted for me,” said the striker.