This is just a start, Mashaba says after first win

Former Bafana Bafana coach Shakes Mashaba got his first win as Witbank Spurs coach at Dobsonville Stadium on Saturday afternoon as he guided his side to a hard fought 1-0 win over Maccabi FC. 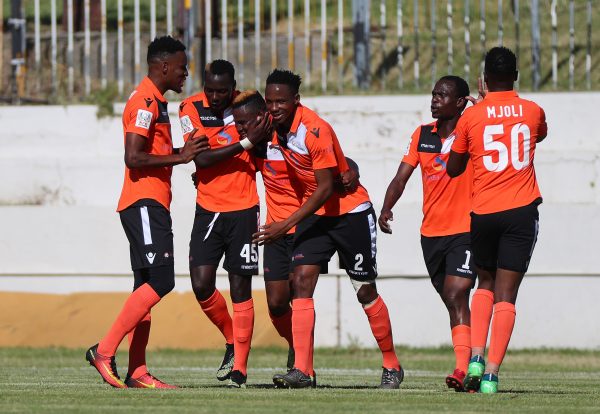 Cleopus Dube scored the winning goal for Siyavutha who are however still stuck at the bottom of the National First Division (NFD) standings.

Despite the win, Mashaba said they still had a long way to go as he has had to start from scratch as he found the team in a low state.

“I would not want to talk about things that happened before I came here because I don’t know them. I only started on December 28 and have been doing my analysis since then. I realised that the levels of fitness were at zero, match intelligence was at zero and those two things have brought change. But I also can’t say that because we have won today things have changed. We are still going on with the process. We still have to work hard. We are in a bad position,” said Mashaba.

Asked what he thought he needed to do in the next 13 games to ensure that the situation is stabilised, he said: “You don’t think, you work for the change. I mean if things were going our way, we would say we want to win the 13 remaining games, and if you do your calculations that would take us to the play-offs. But that is unfortunately impossible but if we can win another five games than we would be able to relax and start taking a few risks to see what we can achieve.”

Siyanda Ngubo and Sandile Kubheka scored as the Natal Rich Boys surprised Stellies in their own back yard to stall their gallivanting towards the title. Had Stellies won the match, they would now be seven points clear at the top but their defeat means they are a reachable four points ahead of Ajax Cape Town.For Richards Bay, the win took them to sixth, 10 points behing the leaders and six behind the play-offs positions.

The Urban Warriors are back in contention for promotion after a stuttering start that lead to Muhsin Ertugral resigning last year. Ajax are now four points behind the leaders after beating Ezenkosi 2-0 through Thabo Mosadi and Tashreeq Morris’ goals.

Ubuntu continued their fight to move away from the relegation places as they came from behind to beat a hard running TS Galaxy 2-1. Tshepo Chaine put the visitors ahead before Waseem Isaacs equalised and Cameron Chweu ensured the full points remained with the home side.

Tshakhuma Tsha Madzivhandila will be happy with a point away after a dry spell they have gone through in the past three games. The point ensured that Sello Chokoe’s side remain within touching distance of the play-offs spaces. The magic Boys are still in the relegation zone as they are just three points clear of bottom placed Witbank Spurs.

Abantu Bemthetho’s slip continued but they will be happy with a draw away to in-form Royal Eagles as it keeps them in the race for promotion spots. Eagles fell back to fourth following the draw.

The Cane Cutters’ bad run continued as they suffered another defeat at home to AmaTuks. Uthongathi – who were top of the standings at some point this season – have now slipped back to eighth and trail leaders by 11 points. The three points gave AmaTuks some relief and some space between tehm and the relegation places.

A point away for the Spirited Ones is a good achievement if you consider the form that Tingwenyama are in at the moment. The draw saw the Mbombela based side slip to third and five points behind the leaders. Umoya are however far from being safe from relegation as they are still third from the bottom and two points above Ubuntu Cape Town behind them.