Bidvest Wits coach Gavin Hunt was angry after his side drew 3-3 with Polokwane City on Sunday. 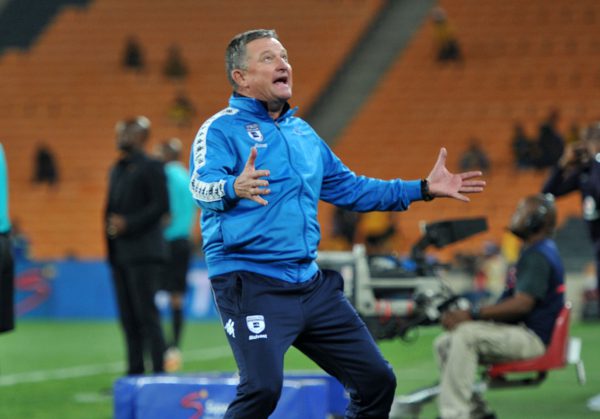 The Clever Boys conceded three goals from set pieces in their game against Rise and Shine.

“Polokwane did not create a single chance in open play yet they scored three goals against us. That is crazy and makes me hell of a disappointed,” said Hunt after the game.

“My opinion is that the free-kick which led to the first goal should not have been awarded as there was no foul. Apart from our failure to deal with the set-pieces, we wasted a lot of scoring chances and could have scored seven or eight goals.”

Wits’ next league game is against struggling Maritzburg United on Friday, February 1.

But before that, the Students will face amateur club Boyne Tigers in the Nedbank Cup last 32 clash on Wednesday.