Orlando Pirates coach Milutin Sredojevic was pleased with his team's character after slaving a point against Kaizer Chiefs. 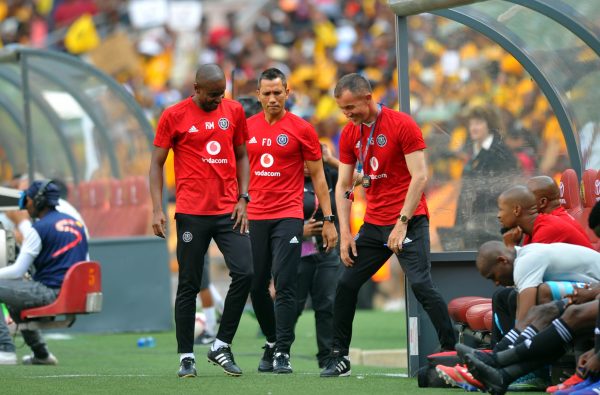 Bucs came from behind to draw 1-1 with the AmaKhosi in the Soweto derby at the FNB Stadium on Saturday afternoon.

“A tough competitive match, from the start the opponent has come out with that 4-4-2 in diamond and put four players to press us, we have not done well in being press-resistant and come out,” Sredojevic told SuperSport TV.

“Later on we came in the game and we had our own chances. However, at halftime we settled so that we matched everything on the field, like playing chess, a tactical game.

“When we had been on top our game what was supposed to be a foul for us ended being a penalty, I don’t want to comment about that. Being a goal down we didn’t give up, we showed the character and came out and scored that goal. We could have scored more. It was not meant to be, we wanted to win, we gave everything. However, it remains 1-1, we need to pick the pieces and look forward.”

Pirates will next face Esperance of Tunisia in the Caf Champions League group match on Tuesday.