Kaizer Chiefs defender Kgotso Moleko has revealed that he once considered leaving the Naturena-based giants after feeling frustrated at the lack of game time in the past few seasons. 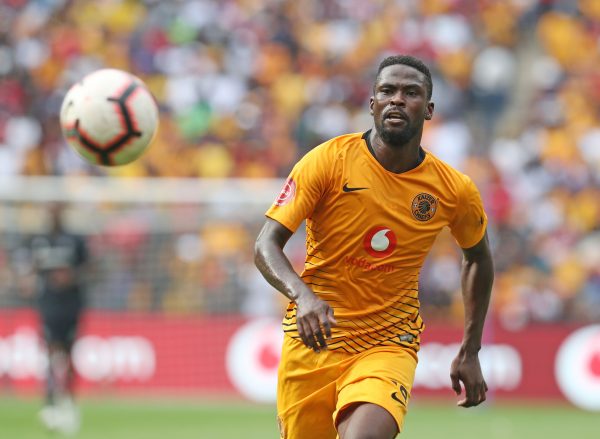 Moleko is currently among those whom coach Ernst Middendorp drafts first in his starting team but it took him a long time of perseverance for him to get to be a regular starter.

“I thank the management for keeping me for so long, it is not easy for a player to be here for more than six to eight years without much game time… I also thank myself for the discipline and focus and believing in myself. A lot of people helped,” said Moleko.

READ: Middendorp raises doubts over Castro’s fitness to be a Chiefs player

There were however times when he felt like quitting. “To be honest, and I am an honest person, even Bobby (Motaung, team manager) knows… but sometimes you wake up feeling a certain way and when you get home your wife tells you can’t quit because you have kids. But there are also guys here who were very supportive.”

He also appreciates the encouragement from the senior players who would notice when he felt down and give him pep talk.

“I would sometimes get calls from Itu (Khune), Rama (Mphahlele) and (Bernard) Parker not knowing what they were going to say but they would say ‘we could see that at training you were not there’,” he said.

Moleko also called on his teammates to communicate more on the field to avoid mistakes which lead to conceding unnecessary goals. Amakhosi host Highlands Park at Durban’s Moses Mabhida Stadium on Saturday afternoon, and Moleko wants the side to work even harder.

“We need to take this game a little more serious and stop looking at what other teams are doing. We need to up our game a little bit. We must stop conceding. With the chances we get I think we need to punish teams. You saw what happened last night (between Mamelodi Sundowns and Cape Town City) teams are using their chances. We also need to start using our chances.” \

Read more on this interview as Moleko bares all in Phakaaathi inside the Citizen on Tuesday, March 5.