It looks like the form that Shakes Mashaba brought to Witbank Spurs was just a flash in the pan as the side continues to struggle in the National First Division (NFD). 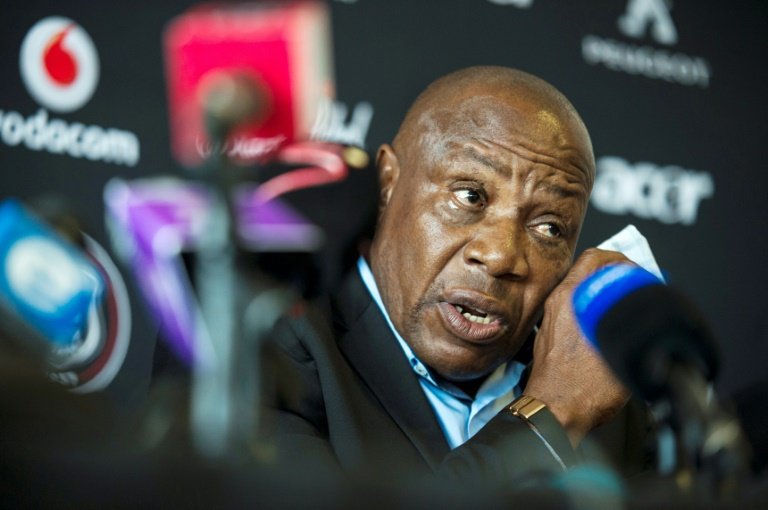 There was some hope that Mashaba would save the side from relegation after winning a few games after his hiring but after last weekend’s defeat to Tshakhuma Tsha Madzivhandila, some sections of the club’s fans are calling for him to be fired.

Former Moroka Swallows striker, Phumelele “Ace” Bhengu scored twice to inflict more misery on Siyavutha who are bottom of the NFD standings with five games to the end. Supporter, Sibonelo Mtshali was among many who called for Mashaba to be shown the door.

“Worry guys for the defeat, but you have to fire Mashaba,” he wrote on the side’s Facebook page after the game on Saturday. Siyavutha are now literally on fire as they are four points behind Ubuntu Cape Town who are in 14th place.

Ubuntu missed out on a chance to put a favourable gap between themselves and the relegation places when they allowed Abantu Bemthetho to come back after Fawaaz Basadien had given them the lead.

A win would have given Ubuntu a five point gap, but William Nkosi was on hand to ensure a share of the spoils at Athlone Stadium.

Hoping to build from their win over Stellenbosch last weekend, the Magic Boys found that their wand was not effective against the Urban Warriors who held them to a draw. But a point will be precious for both.

Eagles missed out on a chance to keep pressure on log leaders Stellenbosch as they could not get the full points against lowly Cape Umoya United in their own back yard. Diego Brown would have thought he had set his side on their way to victory when he opened the scoring but Gavin Hammers was on hand to cancel out his effort and earn a valuable point for the Spirited Ones.

Collins Mbesuma was the hero for struggling Maccabi FC as he rescued a point for Joel Masutha’s side after Francis Baloyi had put promotion chasing Cane Cutters ahead. The point may not be much but it might prove valuable for Maccabi who are flirting with relegation danger.

The Rockets had to come from behind to earn a point in an exciting Mpumalanga derby on Sunday afternoon. Sekela Sithole gave the visitors an advantage when he opened the scoring but Zakhele Lephasa could not watch and not do anything to save Dan Malesela the blushes.

Ezenkosi’s struggles continued as they could not find a way back after Moegamat Bernard scored for the home side. The defeat leaves Cosmos on the wrong side of the standing with five games to go. The win boosted the Natal Rich Boys’ chances of making the playoffs positions at the end of the season.

AmaTuks suffered yet another humiliating defeat as log leaders put some distance between themselves and the chasers with an illustrative 5-0 win. Abednigo Mosiatlhaga scored twice with Iqraam Rayners, Junior Awono and Ashley du Preez also on the score sheet. Rayners took his tally to 16 goals. Stellied are now five points clear at the top.