Kaizer Chiefs and Bafana Bafana wingback, Ramahlwe Mphahlele has revealed that he could barely watch as the national team faced Libya in an important and final Caf African Cup of Nations qualifier in Tunisia late last month. 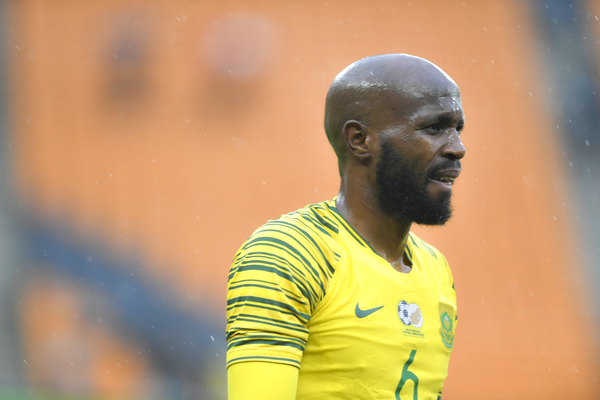 Mphahlele said even his usually comfortable couch felt like it had spikes and he would occasionally stroll outside as he could not stand the tension.

Bafana went on to beat Libya 2-1 and are now part of the 24 teams who will be in competing for the continents top national team honours in Egypt in June.

“It wasn’t comfortable,” said Mphahlele on Thursday. “I knew we were in North Africa and when I saw that the referee was from Morocco I was like, ‘ah, there we go again…’ It was a difficult game to watch and I would at times go out and just wait for notifications on my phone to find out what was happening,” he added.

And like many of us, “Rama” as Mphahlele is known, was relieved at the end of the match. “But I am happy that the guys went there and executed the plan well and we are qualified now. It would have been an injustice for us had we not qualified after doing so well and not losing a game.

“And to find teams who at some point lost 4-1 like Namibia qualifying ahead of us would have been bad. I am very happy that we qualified and I think it is a start of many good things to come. The nation also deserved it,” he said.

He made no secret that he wants to make the final squad who will go to Egypt but said that will not see him trying too hard as he is more concerned about doing his job for Amakhosi.

“For me the focus is to help my team and obviously that entails that I have to play well and work hard. It is not about me trying to be a hero so I can be in the national team. I play to what coach Ernst (Middendorp) says, if he says stay don’t I attack, I do that…

“I obviously do want to be in the national team. That is no secret. I have been part of the team and I am hopeful that I will make it.

“The coach (Stuart Baxter) called and gave me the reasons and I understood them. I wished him the best. I had just come back from injury and going into this kind of game was going to be difficult.”