Mabula boost for Cosmos ahead of tough NFD clash

Mabula missed Ezenkosi’s last match due to an injury he had suffered at training. 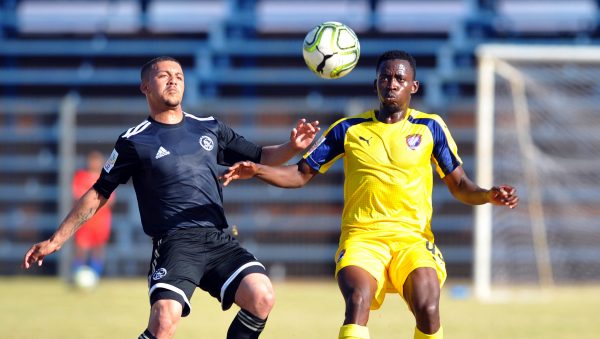 Jomo Cosmos will be boosted by the return of Tebogo Mabula when they host National First Division leaders Stellenbosch FC at Makhulong Stadium in Tembisa on Sunday afternoon. The match is set for a 3pm start.

Mabula missed Ezenkosi’s last match due to an injury he had suffered at training. The 26-year-old is one of Cosmos’ tried and tested soldiers and his absence was felt as the side fell to a 1-0 defeat at Richards Bay last weekend.

His return will surely be a welcome boost or the side who are dangerously flirting with relegation. Jomo Sono’s side will need all their might against Stellies who will be looking to ensure that they keep their five points lead atop the NFD standings.

Siyavutha’s owner and chairman, Themba Mafu has returned to coaching after firing Shakes Mashaba earlier this week and will be hoping for a positive start to his second tenure when they visit the Urban Warriors. But he may have left it too late as the side are now in serious danger of relegation with five games to the end. The Urban Warriors are among the teams charging for promotion and will be a tough nut for the Mpumalanga strugglers.

Tshakhuma registered a win after a while last weekend and will look to keep the momentum going when they host struggling Ubuntu. But the Brave have an experienced coach in Vladislav Heric who has stayed in Thohoyandou before and will be familiar with the venue. But it will be interesting to see if his players will be able to adapt quickly to the harsh heat condition of Venda to eke out a result.

Both are in with a chance of at least finishing in the playoffs places and this should be a good match. Tingwenyama will not want to lose at home as they have made it clear they want to play top flight football next season.

On paper, Maccabi are in for a torrid afternoon as Eagles have been in fine form and are charging for promotion. Eagles – who trail leaders Stellenbosch by five points – will still fancy their chances of automatic promotion. But Maccabi are in a bad position and will also be looking for a good result to try and move away from the bottom where they are not safe from relegation.

A win for the home side can give them relief from relegation worries while a defeat for the visitors could see them pushed to the danger zone. This makes for an interesting match where both will be throwing everything to ensure a win to move to safety.

Coming from a heavy 5-0 drubbing at Stellenbosch last weekend, AmaTuks will look to make amends in frontof their own fans. But it will not be easy against Dan Malesela’s highly motivated side who have qualified for the Nedbank Cup semifinals where they play Golden Arrows.

A game of two desperate sides – the Natal Rich Boys are fancying their chances at playoffs and will want the points to keep abreast of the chasing pack while the Magic Boys are looking to shake off their relegation worries.