“They are the fans that every other club looks to because they are always behind their teams in no matter what the outcome is so this is little bit sad," said Benni. 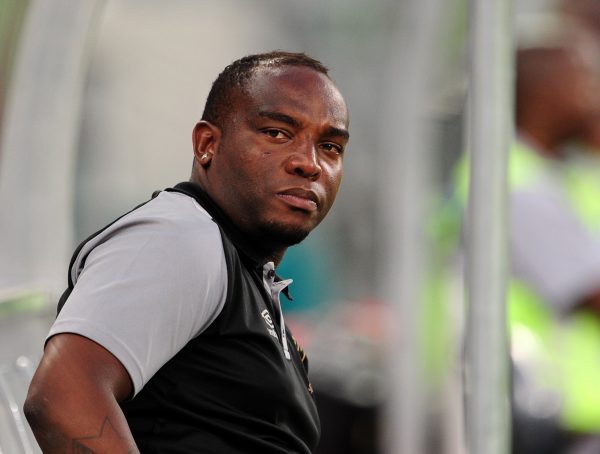 Cape Town City coach, Benni McCarthy was looking forward to a great Absa Premiership match between his side and Bloemfontein Celtic at the Dr Molemela Stadium on Sunday but was disappointed when Phunya Sele-Sele supporters stormed the pitch in protest.

Siwelele – as Celtic fans are known – are unhappy with how club owner Max Tshabalala is running their beloved Phunya Sele-Sele and they have been trying in vain to convince him to sell the club.

In their protest, Celtic supporters were met by South African Police Service officials who launched teargas to disperse the crowd, who retaliated by throwing stones at the law enforcers, resulting in ugly scenes.

“It was very disappointing because we were looking forward to a great game because they had put out a good team and I think we also had put out one of our strongest teams and we were expecting to play good football and to entertain the fans and it is always such a delight to see Celtic play because the fans are always behind their team and I think the fans disappointed themselves,” said McCarthy.

“They are the fans that every other club looks to because they are always behind their teams in no matter what the outcome is so this is little bit sad. In today’s day and age you don’t expect police shooting tear gas because we have already had so many disasters in the past.

“These things kill the beautiful game and it is a disappointment that this game had to be abandoned which is unfair but it is what it is because players’ safety is far more important than anything else. It wasn’t pleasant to see teargas shot towards the crowd and the crowd retaliating because football has advanced so much. We are supposed to have unity because football is supposed to bring people together and not tear things apart,” McCarthy added.

Celtic chief executive officer Khumbulani Konco said this has been bubbling under for a while and it was a matter of time before the situation escalated to a “disappointing” pitch invasion.

“I am very disappointed because we never expected this but unfortunately this has happened. We will discuss the matter and see what happens. There have been boycotts after boycotts and maybe this was the out of their anger.”

The PSL has revealed that the date for the replay of the match will be announced at a later stage while they await reports form the officials before further steps can be taken.

Fifa give a firm 'no' to Safa, as refereeing World Cup protest is dismissed
20 hours ago
20 hours ago

Fifa give a firm 'no' to Safa, as refereeing World Cup protest is dismissed
20 hours ago
20 hours ago