He told Phakaaathi on Tuesday morning that his performances have attracted interest from Premiership teams. 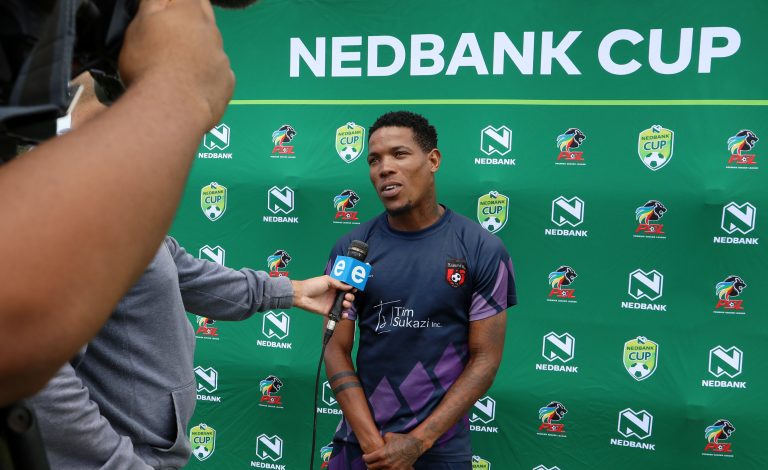 TS Galaxy’s midfield grafter, Sizwe Mdlinzo is likely to leave TS Galaxy after Saturday’s Nedbank Cup final and will be playing in the Absa Premiership for a club he prefers to not mention for now.

The 27-year-old has been one of the work horses behind the Rockets’ successful run in Ke Yona this season with his solid displays in the middle of the park very influential.

He told Phakaaathi on Tuesday morning that his performances have attracted interest from Premiership teams.

“I have been talking to some people. There are a few clubs who have shown interest in me but I have told them to wait.

“I want to focus all my energy and efforts into the final as a way to say thank you to this club’s management and coach Dan Malesela for all they have done for me. I will only talk to them after the final. But yes, I will probably not be here next season as I will be playing in the Premiership,” said the former Chippa United player.

He could not however be drawn into revealing the teams who are after his services saying he would not want to put himself or his potential suitors under the spotlight before anything is finalised.