Eagles are still on the hunt

Next in line for Eagles are their city rivals Maritzburg United, who finished 15th in the Absa Premiership and are favourites to remain in the elite league. 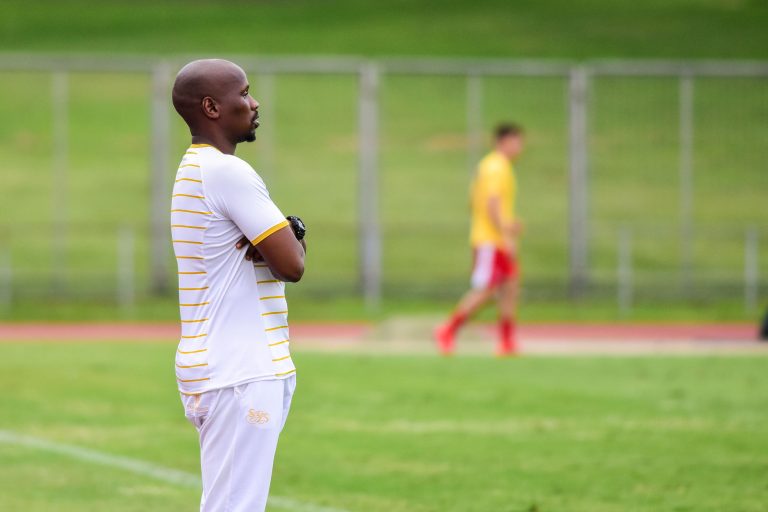 Coach Bafana Nhlapo during the National First Division match between Royal Eagles and University of Pretoria at Chatworth Stadium on February 09, 2019 in Durban, South Africa. (Photo by Darren Stewart/Gallo Images)

Royal Eagles may have made a good start to their National First Division (NFD) play-offs campaign with a 1-0 win over Tshakhuma Tsha Madzivhandila, but their coach Bafana Nhlapo knows the journey will get trickier.

Nhlapo’s team had to put on a brave display to get the result against a hard-running Tshakhuma side.

Next in line for Eagles are their city rivals Maritzburg United, who finished 15th in the Absa Premiership and are favourites to remain in the elite league.

But if Eagles can grind out another result, they will have put themselves in a good position to win the play-offs.

Nhlapo said, despite their opponent’s decent form, they will not allow them to dictate terms when they meet on Sunday at Harry Gwala Stadium.

“I am happy with the result and looking forward to the next game,” said Nhlapo after Wednesday’s win.

“We have to keep grinding out results like this one. And keep working hard because it is not done yet.

“It will be home away from home for us when we play in Pietermaritzburg because we are based there and played our games at Harry Gwala Stadium last season.

“It will be tough but we will not sit back and let them dictate the game.

“We are going there for three points and we will fight for them to the end,” added Nhlapo.

Tshakhuma’s Mome Medic said they would have to pick up the pieces and soldier on after losing their first game. He was happy with how they played, although he was disappointed with the result.
“We were not functioning enough to score the goals. They scored from our defensive mistake and we never recovered.

“We tried to change things for the second half and we dominated but we couldn’t score. I hope we will succeed in the next game. We will try again,” he said.

The winner of the three-team mini-league will get the remaining space in the Premiership next season.