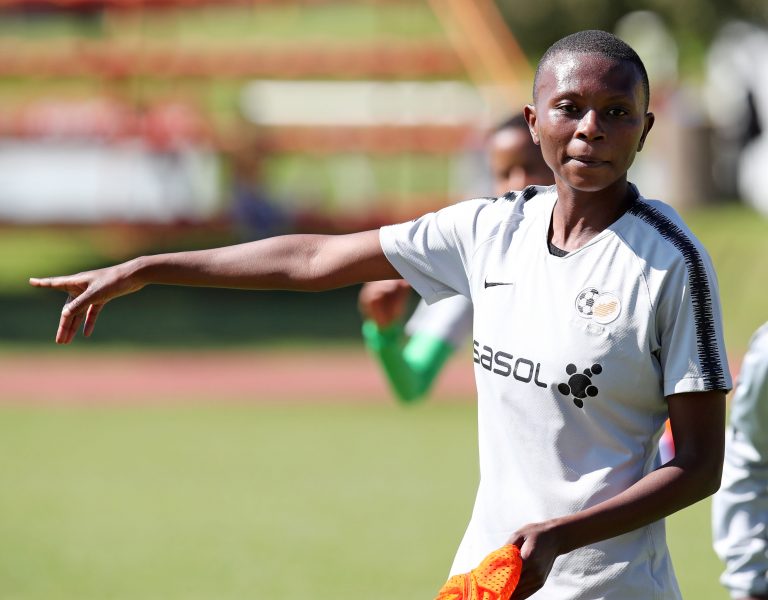 Nompumelelo Nyandeni of South Africa during the 2019 International Friendly South Africa Women Training Session at the UJ Stadium, Soweto on the 01 May 2019 ©Muzi Ntombela/BackpagePix

Nyandeni is one of the experienced players in the Banyana set-up, with 149 caps in the bag.

During the squad announcement at Safa House on Friday, head coach Desiree Ellis refused to explain why she didn’t choose the midfielder.

The Banyana mentor said she will only speak about players in the squad and that she plans to speak to her on why she is not in the squad.

“I haven’t spoke to Mpumi yet (Nyandeni on her exclusion), I would have preferred to speak to her before the announcement but the turn around time was not enough. I will definitely speak to her,” said Ellis.

The 31-year old Nyandeni has represented Banyana at both the 2012 and 2016 Olympic Games.

She has also competed at several Africa Women’s Cup tournaments since she started playing for Banyana in 2002.