Mpho Makola is the latest long serving player at Orlando Pirates who has been given the boot, after the club announced the departure of Thabo Matlaba earlier on Friday. 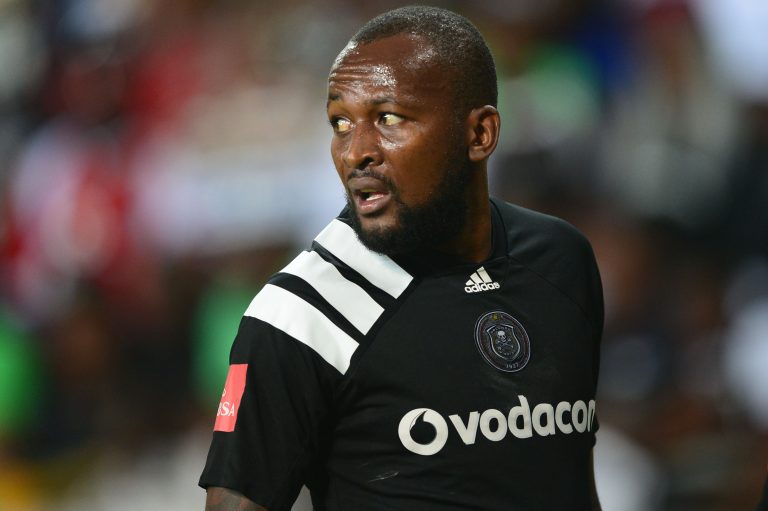 Mpho Makola of Orlando Pirates (Photo by Lee Warren/Gallo Images)
Makola has been transfer listed as well as Meshack Maphangule, while the likes of Diamond Thopola, Phetso Maphanga, Caio Marcelo and Gladwin Shitolo are going on loan to Chippa United.
“Orlando Pirates management has reached an agreement for the release of Gladwin Shitolo, Phetso Maphanga, Diamond Thopola, and Caio Marcelo to Absa Premiership outfit Chippa United,” read the statement.
“We would like to wish the quartet the very best of luck for the future. The club can also confirm that the following players have been placed on the transfer list: Mpho Makola and Meshack Maphangule.”
“Meanwhile, defender Thembela Sikhakhane will be going back to Amazulu on loan for yet another season,” concluded the statement