Kaizer Chiefs forward Dumisani Zuma was one of the top performers in the side’s hard fought 3-2 win over Highlands Park last weekend he believes it has set the tone for the rest of the season. 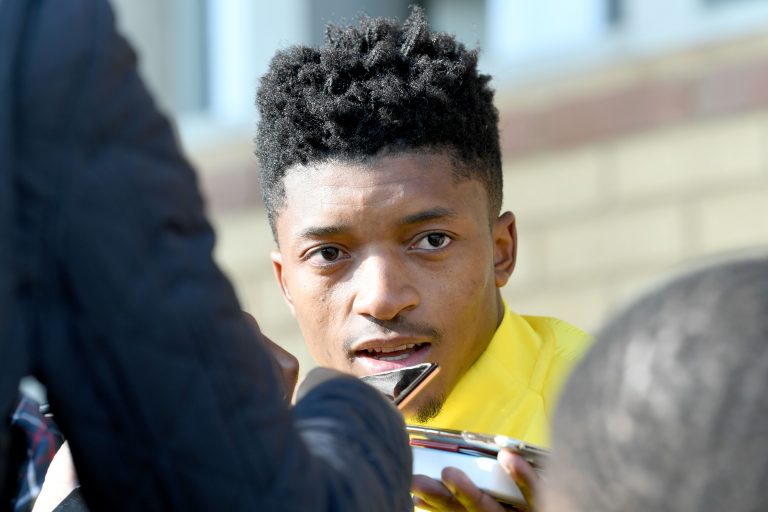 “Msholozi” as Zuma is widely referred to, said they knew it would be a difficult game and that it was important for them to have a good start after a disappointing campaign last season.

“The approach was clear for us,” said Zuma on Wednesday morning. “It was our first game and we understood that it was important to start well. It was clear for everyone that we needed to win to set the tone for the season,” added the 24-year-old.

Zuma came on in the second half with Amakhosi trailing 2-1 and gave the team a new attacking dimension which helped them get two more goals to end up winning the match at Makhulong Stadium.

“Watching from the bench, I thought in the first half it was more difficult because we were not allowed to play our way. I thought that if I got a chance I would have to try and help the team play our own way.

“The second half was better. After we had scored first we dropped and started defending more than we were attacking. In the second half we took the game to them,” explained Zuma.

Amakhosi’s next match is at Moses Mabhida Stadium in Durban where they Black Leopards. Zuma said the approach will be the same.

“It starts here at training. The coach is always emphasising that we have to be aggressive in one-on-ones and decision making. We want to control the game and be aggressive.

“We are now more aggressive and our decision making has improved. There is a fighting spirit as well. The Leopards game will be a tough one but we will stick to our game plan.”

Asked if he feels that the team can challenge for the league title this season, he said: “Anything is possible. We just have to take each game as it comes and see what it brings us at the end of the season.”