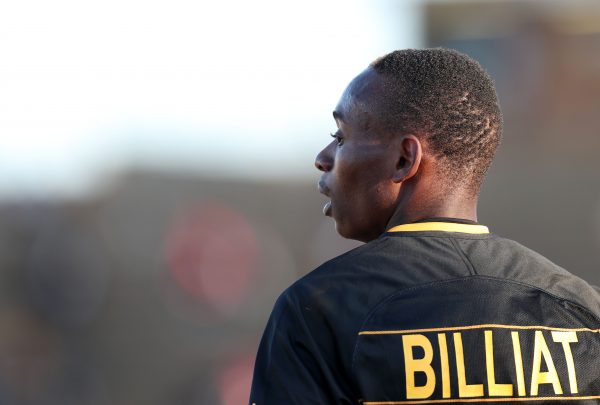 With rumours of a touted move back to Mamelodi Sundowns hanging over Khama Billiat’s future, his absence from the Kaizer Chiefs team who played Highlands Park last Sunday raised eyebrows.

Some thought this spelled that Amakhosi were readying themselves for life after the nimble footed Zimbabwean.

Talk of Billiat’s move away from Naturena started a few weeks ago when reports suggested that he had spoken to Masandawana coach Pitso Mosimane about going back there just a year after leaving for Amakhosi.

READ: Masilela doubts if Chiefs will win the league title

But on Wednesday Chiefs coach, Ernst Middendorp coyly suggested that Billiat and Leonardo Castro were not 100% fit which is why he was let out of the team last Sunday.

“Everybody is available for selection. Sometimes players will have to wait for some reason. There are reasons for a player to wait a little longer. And sometimes we make a decision (on who is ready).

“Of course, Khama is in the same level as every player. We have to make a decision about how far he is towards being 00% fit. The difference is that we have some options with the likes of Samir Nurkovic and Lazarous Kambole,” explained the German mentor.

He also said Castro had a minor injury a day before the game and that they could have injected him with pain killers and he could have played but they decided against it.

“There is competition, which is a good thing. It’s good for everybody who is not at a 100% level. We probably could have given Billiat and Leonardo an injection on the weekend and they could have played. But we don’t have to do this (because of other options in the team).”

Middendorp was also happy with Lebohang Manyama’s performance and said his brace would boost his confidence.