Makgalwa is three years younger than Tau, who turns out for Belgian top-flight side Club Brugge nowadays. 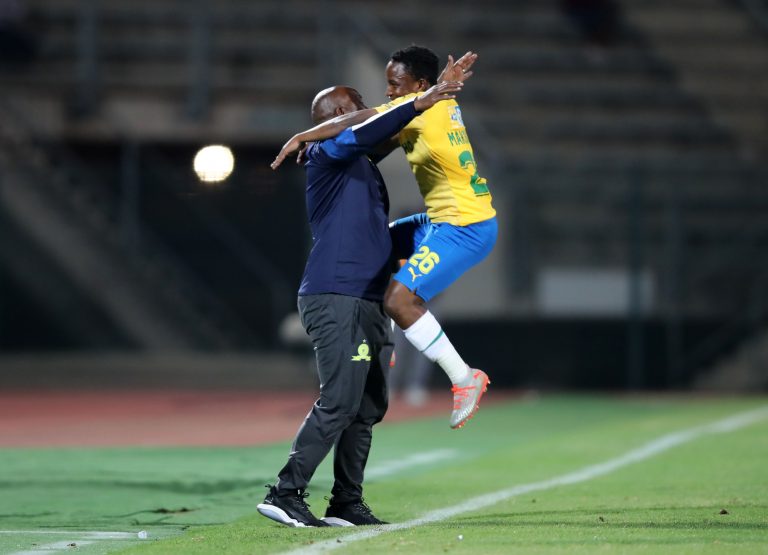 Keletso Makgalwa reminds Pitso Mosimane of a younger Percy Tau when he burst onto the scene at Mamelodi Sundowns before he became the most important player in Mosimane’s team – and long before he went to Europe.

Makgalwa is three years younger than Tau, who turns out for Belgian top-flight side Club Brugge nowadays, and it seems he has rubbed up Mosimane the right way and may get the chance to move up the ranks like Tau did.

The 22-year-old sealed the deal when Sundowns reached the MTN8 semifinals at the expense of Bloemfontein Celtic.

READ: If you sulk, you won’t get game time – Pitso

He came off the bench to score the third goal as Celtic lost 3-1 at the Lucas Moripe Stadium.

“Keletso reminds me of Percy when he was coming up. I gave him a chance and he took the opportunity. I remember when he played against us as a winger and he gave Ricardo Nascimento problems when he was on loan at Maritzburg United last season,” said Mosimane.

Mosimane says his technical team was divided on where Makgalwa should slot in when he came on in the 66th minute but he, as the head coach, had the final say as he deployed him as a striker.

“I felt he could play on the wing but my instinct told me I had to play him as a striker and I pushed Lebogang Maboe to the right.

“The real challenge is that the pressure in this team is high and the opportunities we give the players are not many,” said Mosimane.