What makes Mokwena much more confident ahead of this game is the fact that they will be playing at home. 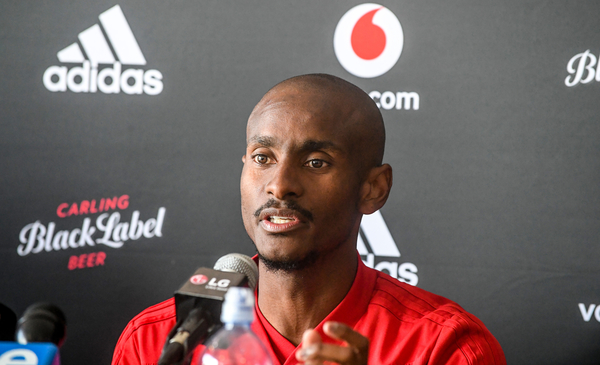 Orlando Pirates’ run in the Caf Champions League is hanging by a thread, with the side facing an early exit if they don’t win the second leg of their qualifier against Green Eagles at the Orlando Stadium tomorrow.

Bucs lost 1-0 to the Zambians in the first leg in Lusaka a week ago, and have since seen head coach Milutin Sredojevic resign and join Cairo giants Zamalek, but interim coach Rulani Mokwena (right) is adamant they will go through despite also being on a four-game winless streak.

READ: Pirates legend asks fans to be patient with Mokwena

“It is a different ball-game, we have to win this one. We have to overturn the 1-0 result and we know exactly what we need to do, we have to deal with…it will be interesting to see if they will still go with 4-4-2. Even with a good result (in the first leg), will they still keep Tapson Kaseba up front with Kennedy Musonda? Do they still go aggressively with their full-backs?,” wondered the Bucs coach after Pirates were held to a goalless draw by AmaZulu in the Absa Premiership on Tuesday.

“We’ll have to see. We also have to see how to deal with the second balls because in the first leg we couldn’t deal with them. But we will analyse them, we had some time and checked the last game (against Eagles) and check this game also (AmaZulu) and put in the right preparation to overturn the result.”

What makes Mokwena much more confident ahead of this game is the fact that they will be playing at home and he is certain the club’s supporters will come out in their thousands to rally behind his charges.

“They (Eagles) are coming to Orlando by the way and it is not an easy place to play. The fans will fill up the stadium and they will be our 12th man. They will inspire the boys to pick up their performance and overturn the result,” he continued.