The Buccaneers indeed fought hard to get themselves back in the game after Thabo Nodada and Kermit Erasmus gave the visitors a 2-0 lead inside the opening few minutes. 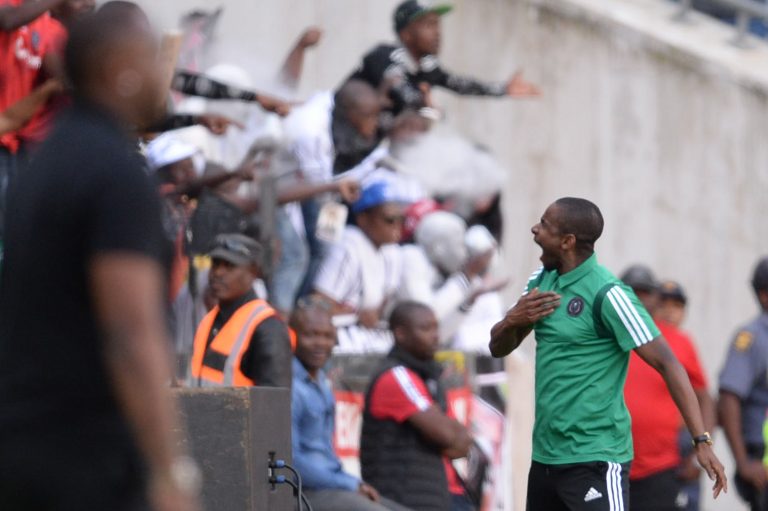 After coming back from behind in the early stages of the game, Orlando Pirates coach Rulani Mokwena believes his side finished the game stronger following their their 3-3 draw with Cape Town City at the Orlando Stadium on Saturday.

The Buccaneers indeed fought hard to get themselves back in the game after Thabo Nodada and Kermit Erasmus gave the visitors a 2-0 lead inside the opening few minutes.

But Bucs captain Happy Jele and Tshegofatso Mabasa got Bucs back in the game, and they took the lead through Alfred Ndengane and looked on their way to victory. However, City equalised through Shaun Roberts in the latter moments of the game.

“Orlando Pirates always fight, we fought a very serious battle against a very good team. We were the strongest of the two on the pitch after 20 minutes, but we need to work on managing critical phases, 3-2, with ten minutes to go, close shop and see the game out,” said the Bucs interim coach.

Meanwhile, at the opposite end, Cape City coach Benni McCarthy was content with the way his charges started in scoring a quickfire two goals.

The Mother City-based club’s coach revealed they had worked on what he termed Pirates’ weakest point, and looked to make use of their speedy players to make an impact on attack.

“I was very happy with the way we started the game. During the week when we worked on the tactics, we identified the strengths and weaknesses of Orlando Pirates. And we focused more on maintaining them where they are really strong.

“We will always create chances and capitalise with the speed we have upfront – Thabo Nodada, Craig Martins and Kermit Erasmus,” said the City coach.

With the sides ending the game by sharing the spoils, Bucs are now on nine points after seven games, while Cape Town City occupy 10th spot with eight points from seven games.

The Buccaneers’ next league fixture is against Stellenbosch FC on October 26 away from home, while Cape Town City meet AmaZulu FC on October 1 at the Moses Mabhida Stadium in Durban.