Mabasa on a goal-grabbing Pirates crusade

“This season has been tough for me, I battled with a few injuries, I’ve been out for a while," said the Pirates striker. 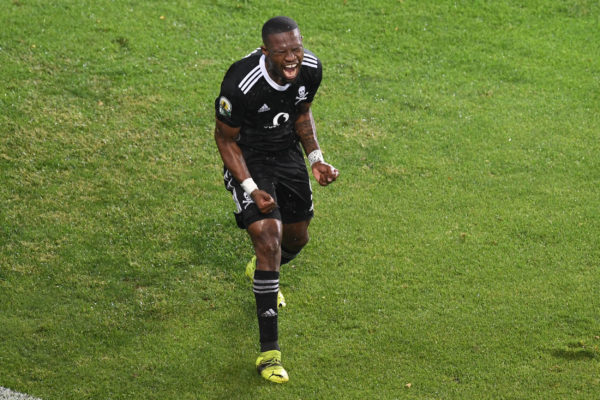 Striker Tshegofatso Mabasa is looking to make up for lost time at Orlando Pirates, after being out for a while due to an injury.

The former Bloemfontein Celtic striker began his mission after getting the winning goal for the Buccaneers in their Caf Confederation Cup Group A match against Enyimba. Bucs defeated the Nigerians 2-1 in an entertaining encounter during wet weather conditions at Orlando Stadium on Wednesday.

But it wasn’t all smooth-sailing for the striker after coming on as a second-half substitute and missing a penalty that could have made things easier for the Buccaneers.

Deon Hotto’s goal was cancelled out by Augustine Olapado via a penalty in the first half. Bucs had a great opportunity to get back into the lead after they were also awarded a penalty when Gabadinho Mhango was brought down inside the visitors box, but Mabasa slipped in his attempt to restore the lead with his effort going above the Nigerians poles.

However, he ended up being the hero on the day as his last minute header proving to be the winner.

“In Caf you have to win your home games. We have this never-say-die attitude and that’s exactly what got me through it. Even after I missed (the penalty), my head was down but everyone around picked me up and told me we keep on going we are all going to get this goal.  I’m just glad that it finally came,” said the striker.

“This season has been tough for me, I battled with a few injuries, I’ve been out for a while. I feel like I have to make up for the time that I missed and for me  that is by scoring goals. I’m glad I could get my name back on the scoresheet tonight and we are happy with the three points.”

Victory for the Soweto based outfit took them to the top of the group standings with four points after two games. Enyimba are in second place with three points, level with Libya’s Al-Ahly Benghazi with the two separated by goal difference. Algeria’s ES Setif find themselves securing the last spot in the mini log with only one point after two rounds of matches.