Bakgaga could not get the full points when they drew 1-1 with Kaizer Chiefs in a DStv Premiership match at Peter Mokaba Stadium on Thursday afternoon. 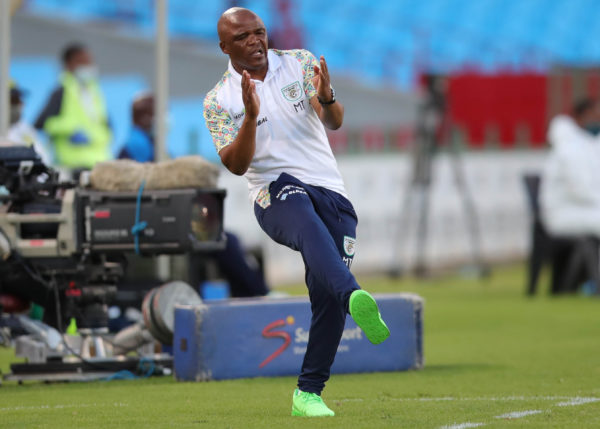 Baroka FC are keeping their eyes on the main prize – getting into and finishing in the top eight – but with just seven points separating them from the relegation places, they are not safe as yet.

Bakgaga could not get the full points when they drew 1-1 with Kaizer Chiefs in a DStv Premiership match at Peter Mokaba Stadium on Thursday afternoon.

Their coach, Matsimela Thoka said afterwards that he felt they lost two points in a game they could have won had they eliminated some elementary mistakes.

“We came back stronger for the second half, it is just that we conceded that soft goal. We didn’t defend well, we needed someone to go with the runner, and we could have prevented that goal scored by (Lebogang) Manyama.

“But overall the boys showed character with their performance. So, we will take the point and move forward to the next match. It is going to be another difficult game [against Chippa United on Tuesday], there are no easy games at this time of the season.

“Chippa are fighting for their lives so we will have to prepare well. We will have to score, then defend well so we can take the points and come back home,” he said.

Thoka admitted that they need to win more often if they are to deliver on their mandate to finish in the top eight at the end of the season. Baroka have eight games left.

“We need to push, one game at a time and as long as we get something out of every game then we will get where we want to, but we need to win because we’ve a log stretch without winning,” he said.